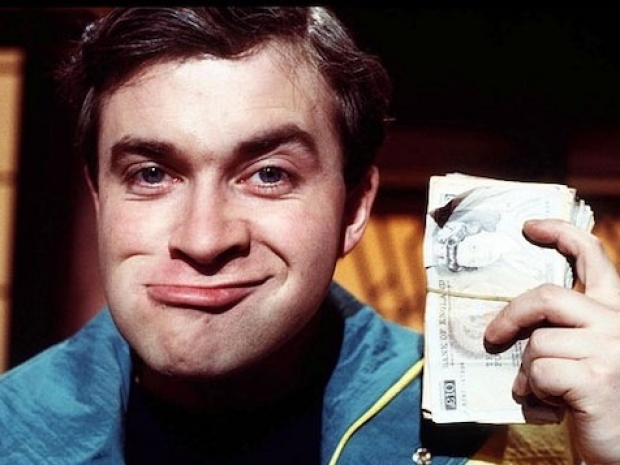 You would think that with its iPhone cash cow dying and it being unable to make a decent PC any more, Apple would be struggling. But according to its latest results it is still doing quite well.

Apple revenue rose 16 percent to $61.1 billion in the fiscal second quarter. That was the fastest growth in more than two years. Profit came in at $2.73 a share, the company said Tuesday in a statement. The Tame Apple Press is whipping itself into a frenzy over Apple's latest results because the outfit managed to beat Wall Street prophercies of doom and gloom. But  there were some disconcerting facts which they chose to ignore.

Firstly the figures confirm that the iPhone sales are flat and while  Apple is still doing well for now, the sources of future growth may still be murky. People who buy tech gear should not really care if a company makes huge profits from the product. What matters is how popular it is, and it is popularity which has made Apple king.

Apple sold 52.2 million iPhones in the fiscal second quarter, up 2.9 percent from a year earlier. Analysts had projected of 52.3 million, on average, although some investors expected fewer units. The average selling price was $728, versus analysts’ expectations of $740. That suggested the flagship iPhone X didn’t perform as well as some anticipated when it launched last year.

Chief Financial Officer Luca Maestri said iPhone revenue would grow by at least 10 percent year-over-year in the fiscal second quarter. Apple easily hit that goal, with 14 percent iPhone revenue growth in the period.So basically because Apple jacked up the price of the iPhone X it managed to make 14 percent more onthe iPhone account. To the Tame Apple Press this means that Apple is doing well, nothing to see here move on here.

Apple Chief Executive Officer Tim Cook highlighted strong revenue growth from iPhones, services and wearable devices like the Apple Watch. He was unconcerned about the high price of the iPhone X. "It’s priced for the value that it is, an incredible product with lots of leading edge innovations that sets us up for the next decade,"

In otherwords Apple is happy with its current path and sees no reason to actually inovate while it is still making money. This is the same arogance which we think will eventually sink the company. The iPhone X was not just a disappointment sales wise.  It had been hyped beyond belief and was the device which was supposed to put Apple ahead technology wise. When it showed up it was missing most of the inovations expected and was prohitatively expense.  Apple's answer to that appears to be to release more or less the same phone at a cheaper price with a cheaper screen. If a normal company tried it, they would be ignored, but Apple has that loyal fanbase which might be damaged in recent years, is still pretty strong.

The real test of the iPhone’s enduring appeal will be how well sales are sustained until the next new model arrives in September. Wall Street expects revenues of about $52 billion for the current quarter that runs to June 30, based on roughly 42 million iPhones sold. However, a growing number of analysts predict Apple could see a year-on-year drop from the same quarter last year, when it reported iPhone sales of 41m.

One side of Apple which did grow was its software sales from the App Store and subscriptions such as Apple Music. Apples $350 smart speaker, HomePod, was a turkey as we predicted and it will take years before it can compete with Sonos speakers or Amazon’s Echo.

Additionally, the company tried to curry favor with investors by pledging to buy back another $100 billion of its own stock and raise its dividend by 16 percent. That kind of spending often pleases investors and means that they don't have to ask too many questions about the future.

Last modified on 02 May 2018
Rate this item
(0 votes)
Tagged under
More in this category: « Xiaomi Mi 7 might arrive on 23 May Apple stinging customers on battery repairs »
back to top