Xiaomi Mi 6X specs and looks are out 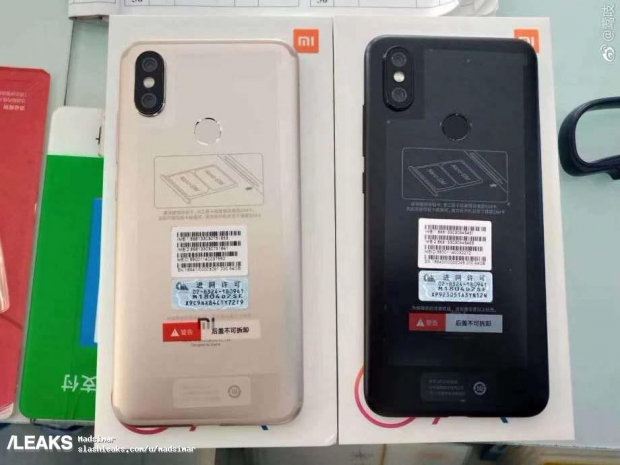 Xiaomi MI 6X is likely to launch tomorrow and the phone might well be a performance/mainstream winner. Google leaked the phone with some of its key features, including Android 8.1.

This could be an indication that Xiaomi Mi 6X might end up to be a long awaited native Android Xiaomi MI A2 phone too and offer native Android without the MIUI skin. Google confirmed some previously leaked specs including 4GB RAM, 32 and 64GB storage and a six inch 16:9 screen.

The Snapdragon 660 brings the Kryo 260 cores with up to 2.2 GHz clock, an X12 modem with speeds of 600 Mbps download and 150 Mbps upload, Hexagon 68-0 DSP, Adreno 512 and Qualcomm AI engine. Even some fancy features previously found in Snapdragon 800 series, such as TruSignal adaptive antenna tuning, found its way to the Snapdragon 660 chipset. Audio features such as AptX, Aqstic and Quick charge 4.0 will also make it to this market segment.

The phone shows a lot of resemblance to the recently launched Redmi Note 5 Pro, but it clearly packs a better specification.

The official launch date could be tomorrow, and A2 will definitely be interesting to many native Android lovers, who like the updates.

There is even a short a hands down video, below.