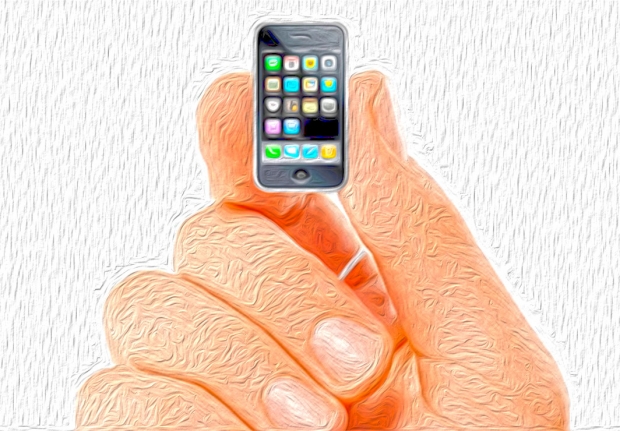 Because being bigger has already been done

Fruity Cargo Cult Apple thinks that it will steal a march on its competitors by making its iPhone too small for Apple fanboy’s fat pudgy fingers to tap out a message.

GHI Securities analyst, Ming-Chi Kuo claims that Jobs’ Mob wants to launch a brand new 4-inch iPhone model early next year. He somewhat optimistically thinks that a smaller phone will appeal to a wider market thanks to its relatively lower price. We say lower price, he thinks it will sell for $500, which does not strike us as particularly cheap.

Kuo thinks that this $500 “entry phone” will be Apple’s answer to those who want it to release a cheap and cheerful phone to get into the developing economies. Clearly Kuo and Apple knows nothing about life an the spending power available in a developing economy.

Kuo claims that the new model will reportedly feature the same A9 processor that’s currently in the 6S, identical camera to the one in the 5S, support for Apple Pay through NFC and a metal case with multiple colour options.

Kuo has a better track record on Apple rumors than most http://www.businessinsider.com/ming-chi-kuo-nailed-apples-iphone-release-2013-9?IR=T , but he’s still not always right. He thought the iWatch would be a success and would sell 50 million units in the first year. It will be lucky if ig can reach ten. To be fair though, he was one of the first to cut his expectations.

If Apple does not reduce the price significantly for the smaller smartphone it is difficult to see who would want it. Apple would need to market the product to countries where poor diet means that people have fingers small enough to type on the screen.

It would be unable to sell in the US where over-nourished Apple fanboys have Dorito-stained fingers the size of sausages, and would need to use a stylus.  This was one of the complaints about the iWatch that it was too small and users pressed several buttons at once.