iPhone to get Intel silicon 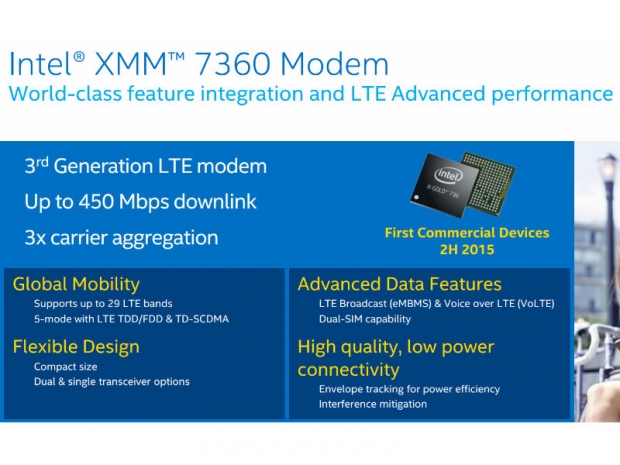 Next generation iPhones seem to be getting some silicon from Intel, in the form of the 7360 LTE modem.

This does not apply to the 6-series refresh. Venture Beat has learned from multiple sources that the Intel modem will be used in 2016 products.

“For months Apple engineers have been making trips to Munich, Germany to work with Intel engineers to ready the Intel LTE chip for the iPhone,” one of Venture Beat’s sources said.
The sources also said Intel went to great lengths to get its LTE modems into Apple products.

There is a catch; Intel’s modem won’t end up in every iPhone out there – it will be used in a “special version” of the iPhone for emerging markets, mainly in Latin America and Asia. That said, Intel’s 7360 is a rather capable modem. It supports Cat 9 and Cat 10 LTE, along with 3x carrier aggregation. All this means that the modem can hit speeds of up to 450Mbps.

In addition to pursuing high-profile wins for its modems, Intel is also hoping to use the same technology in its smartphone SoCs, namely the SoFIA platform.