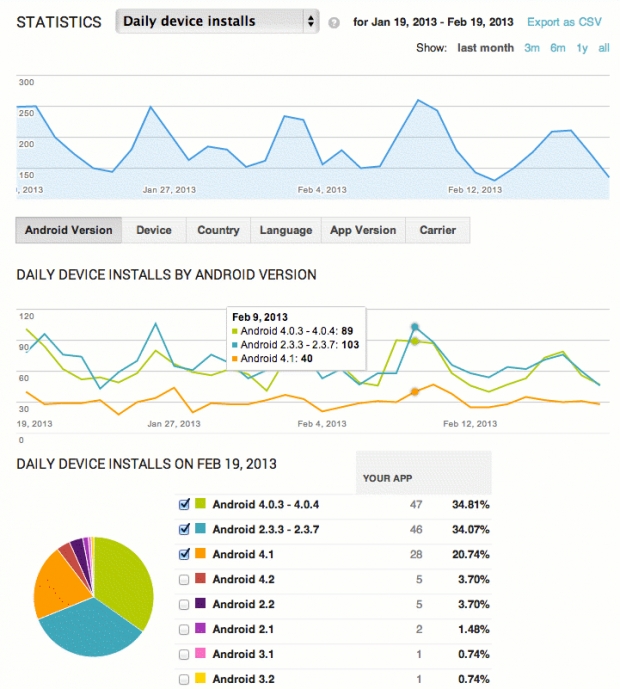 It has been exactly three months since Google released the official version of Android 5.0 to the general public.

Google promised faster adoption rates, HTC promised that it would deliver Android 5.0 Lollipop for its flagship users within 90 days. The reality is that Google has its own Google Play devices updated to Android 5.0, HTC has managed to get Android 5.0 to at least most European HTC One M8 phones, but the carrier phones are still left out.

With this effort, the Android 5.0 market share grew to just 1.6 percent of all Android devices in the wild. If you have it, you should feel proud and good about yourself. The only Android version that has smaller market share than Android 5.0 are a small batch of ancient phones with Android 2.2, codename Froyo. These phones are vanishing slowly but Android 2.3.3 – 2.3.7 Gingerbread users are still at a healthy 7.4 percent, while Android 4.0.3 – 4.0.4 Ice Cream Sandwich is slightly less at 6.4 percent.

You might notice that Android 3.0 Honeycomb has vanished from the chart as it has been replaced by better OS version for tablets, but it was about time to put this one to rest.

Operating system updates have been and remain the biggest weakness of Android versus iOS and since there is serious money that needs to be invested from the phone / tablet manufacturers side, one can only expect to see the latest updates on the tip of the iceberg, on the most expensive devices and Nexus devices. We believe this won't change anytime soon.