Why HTC One Max doesn’t have removable battery

We have seen the new HTC One Max phablet in person and there is no doubt that this is the best looking oversized phone we saw to date. It basically looks and feels like a bigger HTC One.

We have spent some time with the device, having a time to open its guts and of course we have learned that the battery cannot be replaced by the user. Luckily we know why as it seems illogical at first. There is a side slider button that is releasing the aluminum back cover and gives you chance to put a micro SD card or a SIM card. The product manager at HTC told Fudzilla that the decision to go for a non-user-replaceable battery was to improve the device stability and to bring the solid sturdy feeling that we know from HTC One.

If HTC was to use a user-replaceable battery, the phone would lose the sturdy feeling, claims the product manager. You will have to be satisfied with 3300mAh battery and there is a cover accessory with addition 1200mAh battery that will get you to 4500mAh, but you won't be able to replace the device battery, at least not without soldering and digging into its guts.

The cover accessory connects via three pin connector at the back of the phone, something similar to what we saw on Nexus phones before, when the NFC chip was integrated into the back cover. We would be happier to see the battery that can be replaced but not too many people are swapping batteries, at least not too many people that we know. 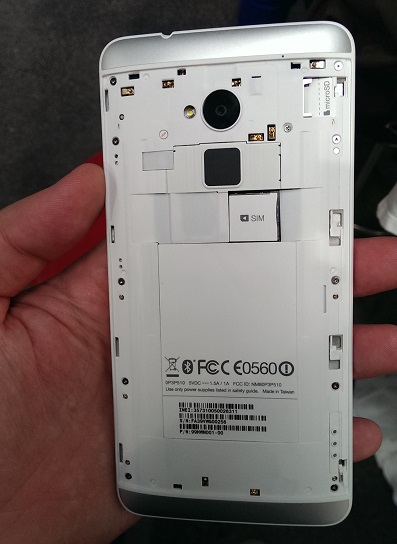 Rate this item
(1 Vote)
Tagged under
More in this category: « HTC One Max is official Apple reportedly slashes iPhone 5C orders »
back to top