Well, at least it’s not the news we’ve come to expect from the troubled Canadian company, as news broke of leaked BlackBerry Bold 9730.

The guys from N4BB found the device listed in the BlackBerry App World Vendor Portal. Apparently, you can find the 9730 under the Bold section. 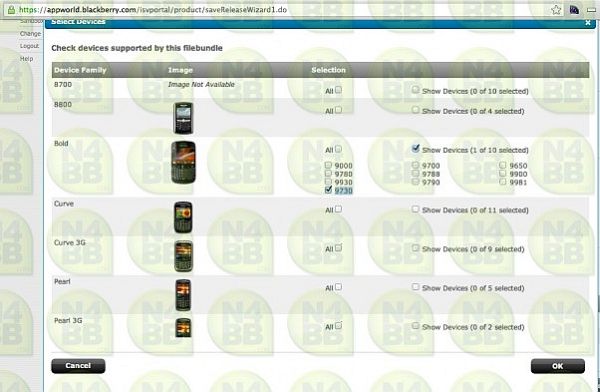 The company reacted quickly and said that this is merely an error on their behalf. Of course, we could believe them, but in cases like this they’re usually full of it so expect the speculation games to begin.

It is said that the Bold 9730 may be a CDMA version of the company’s quite popular, original Bold 9730. Unfortunately, the listing says nothing else and there are no specs to go by.

Seeing as how the company is aware it’s dropping into obscurity faster than Axl Rose, it’s no secret we’re seeing the Curve 9320 leak scenario all over again. This time however, the company really needs to make each device count, so we really wish them the best, error or no error.


Last modified on 14 August 2012
Rate this item
(0 votes)
Tagged under
More in this category: « HTC One X gets an update Acer CloudMobile up for preorder »
back to top