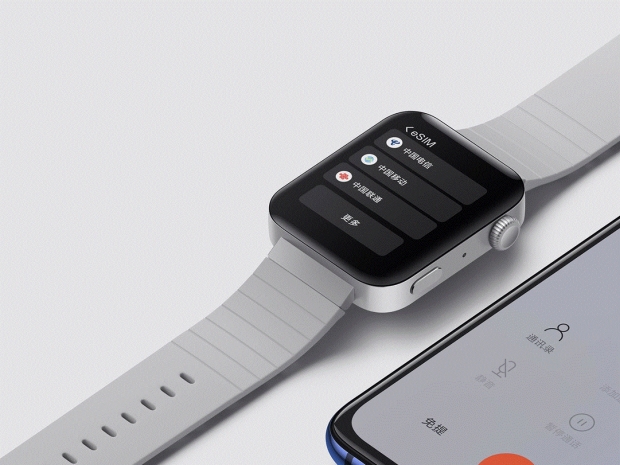 Looks the same, lasts long and costs only $185

Xiaomi, which competes with Apple for the top position in the wearable market, today made the competition a little more interesting. The Chinese electronics giant has launched its first smartwatch called the Mi Watch that looks strikingly similar to the Apple Watch in its home market.

Dubbed the Mi Watch, like the Apple Watch, it has a square body with a crown and a button. It sports a 1.78-inch AMOLED display (326 ppi) that offers always-on capability and runs MIUI for Watch, the company's homegrown wearable operating system based on Google's Wear OS.

Inside the metal housing -- aluminium alloy with a matte finish -- are microphones on two sides for recording audio and taking calls, and a loudspeaker on the left to listen to music or incoming calls.

The Mi Watch, which comes in one size -- 44mm -- has a ceramic back, which is where the charging pins and a heart rate sensor are also placed. The Mi Watch is powered by Qualcomm's Snapdragon Wear 3100 4G chipset with four Cortex A7 cores clocked at 1.2GHz, coupled with 1GB of RAM and 8GB storage.

The company says its first smartwatch supports cellular connectivity (through an eSIM), Wi-Fi, GPS, Bluetooth, and NFC for payments. The Mi Watch should last for 36 hours on a single charge on cellular mode, the company claimed.  This is considerably better than the iWatch which needs to be charged overnight.

The Mi Watch is priced $185 and will go on sale next week.