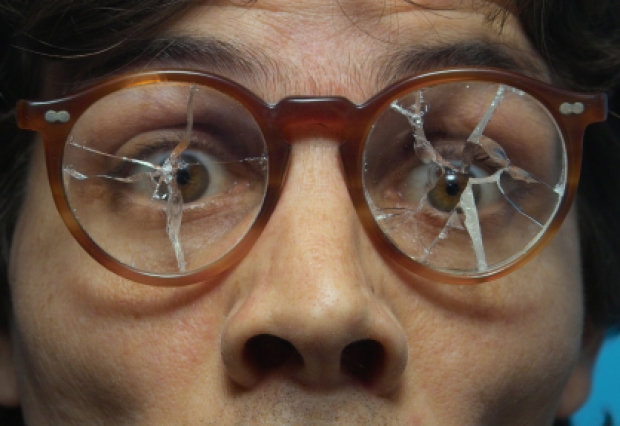 IHS have taken apart an Oculus Rift including the headset, a sensor, and an Xbox One wireless controller costs to work out how much it all cost and come up with a figure of $199 just for the bits.

It said the complete bill of materials (BOM) is $199.60. To this you have to add factory costs like assembly which add up to about $6.50 per shipping unit. Then there is all the marketing etc.

The most expensive bit is the headset which costs $140 according to the teardown. Meanwhile the cost of the Xbox One controller, to Oculus, is put at $18 but you have to add $6.25 for its wireless adapter. The twin Samsung 1200 x 1080 pixel AMOLED displays in the HMD are the most expensive components, the pair of them cost $69.

The Oculus sells its HMD consumer pack for about three times the cost of production. While this does not include all the work that has gone into the oculus it does give you an indication as to what the eventual price of the technology will settle at once the cheap and cheerful market gets involved. 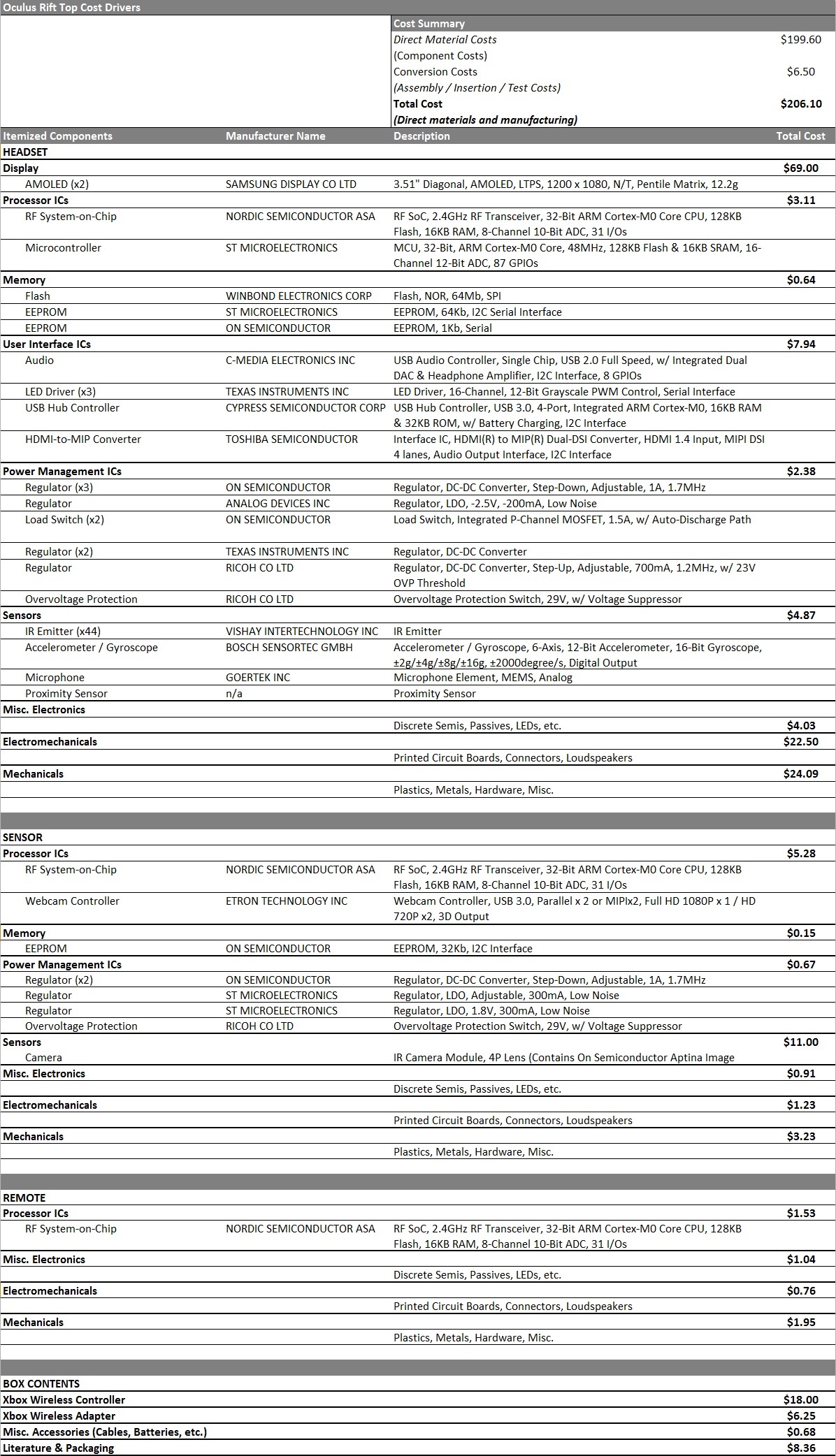