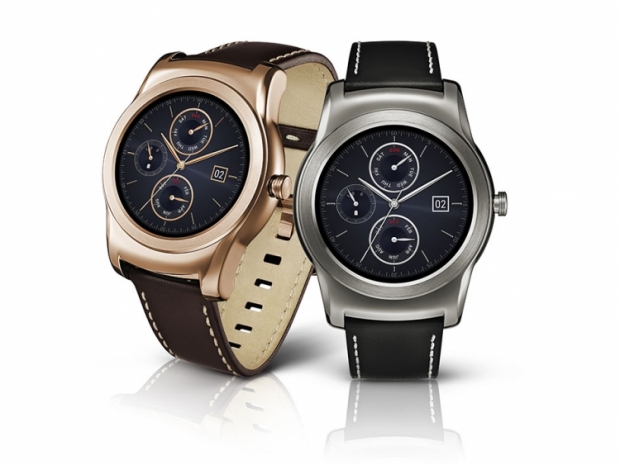 Tomorrow is a big day for LG, as the company is planning to launch its highly anticipated LG G4 phone/phablet and its new flagship smartwatch.

The LG G4 is shaping up to be a nice phone and LG also plans to unveil and start selling its LG Watch Urbane W150, which is a revamped LG G Watch R with a higher price tag.

In Austria or Germany, you can already get the watch. Shops have them listed selling for €329 and if you order one today they will send it to you right away. We have mentioned this watch before, it is fashionable and looks better than anything on the market, beating the LG G Watch R and Moto 360 in terms of appearance. Watches are purely a matter of taste, so our comments are subjective, but we're sure many people will find the Urbane just as appealing.

The 1.3-inch P-OLED will definitely make the watch look nice, and since the LG G watch R can last about two days or normal use, we would expect the same from its fancy sibling. It is also canning Apple's battery life, but of course that has not stopped Apple selling two million of the things, including a million watches on the first day alone.

Some people like to search for something better and this is how Android Wear will be rediscovered despite the fact that it has been on market for some three quarters.

Smartwatches are something you can live without, trust us, we do have a few and have been playing with them for quite some time. About the only thing you can be guarateed is that it will tell time as long as it is charged. It can be an attention getter -- particularly if you shove it under someone's nose and say "look at my watch."