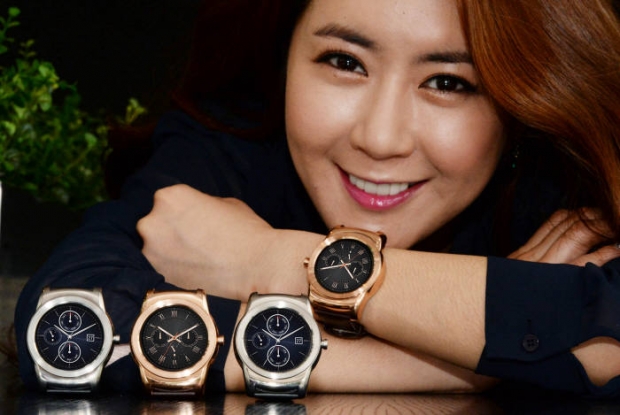 A dollar a day

On the day when Apple is going to take most of the headlines with its low key iWatch launch, LG has bravely announced its own version of the wearable technology.

Dubbed the LG Watch Urbane it has been released via three mobile carriers today. It is not cheap and cheerful, the factory price is $365, however unlike most others on the market it does come with a Wi-Fi connection.

If a smartphone is connected to network and watch Urbane is within the WiFi zone, it will connect to WiFi no matter how far the distance. LG Electronics said that they have overcome the previous limit of 10m range connection.

The new watch will also contain apps that are always on to keep the display from going dark. And it promises a new interface that allows easier access to your favorite or most-frequently used apps. You'll also be able to change the font size on the watch and view notifications even when you're using a different feature. And you can even draw emojis with your fingers.

LG Call will you let access recent calls and a list of favourite contacts on your smartphone to dial your call directly from the watch while leaving the phone in your pocket or purse. And LG Pulse will measure and report on your heart rate as you exercise.

The watch will borrow the same 1.3-inch P-OLED display used in the LG G Watch R but will tone down the bezel. That means the watch itself will be less bulky but the display size will remain the same. It has a stainless steel body with a stitched leather strap.

Of course it is technologically two years ahead of Apple's effort, but you will not hear that today. All the news will be about how Apple invented the idea of putting technology in a watch. Which was why LG was daft to launch today.

Last modified on 24 April 2015
Rate this item
(4 votes)
Tagged under
More in this category: « Internet of Things will kick-start semi-conductor industry Apple Watch gutted open by iFixit »
back to top