Nvidia partners to roll out GTX 1650 with GDDR6 memory 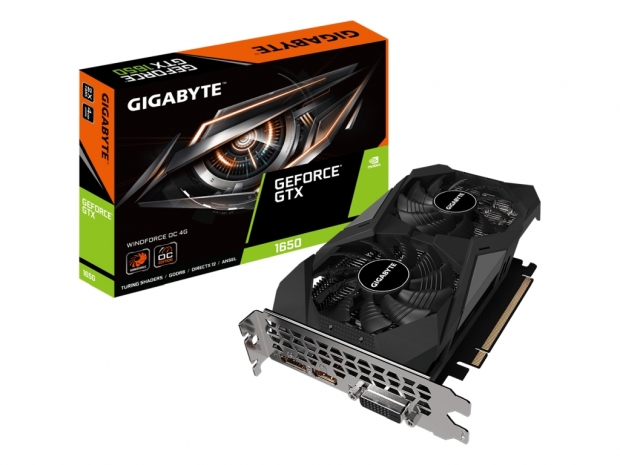 Should give it a decent performance boost

Nvidia is apparently preparing to give its GTX 1650 a much-needed boost with GDDR6 memory, giving it a 50 percent boost in the memory performance.

It appears that earlier leaks from MSI have been spot on, as retail listings spotted by @momomo_us and Czech site cnews.ch show another GTX 1650 graphics card with 12Gbps GDDR6 memory.

As you already know, the original GTX 1650 packed 896 CUDA cores and came with 4GB of 8Gbps GDDR5 memory on a 128-bit memory interface, leaving it with 128GB/s of memory bandwidth.

With 12Gbps GDDR6 memory on the same 128-bit memory interface, the GTX 1650 (non-Super) should hit 192GB/s of memory bandwidth, which should be a decent boost and fill the gap between the standard GTX 1650 and the GTX 1650 Super. It should still be based on the same TU117-300 GPU, and we doubt that Nvidia AIC partners will change the GPU clock, which is set at reference 1590MHz (with OC cards hitting as high as 1700MHz+.

Unfortunately, there is no official word from Nvidia on the actual release date or the price.