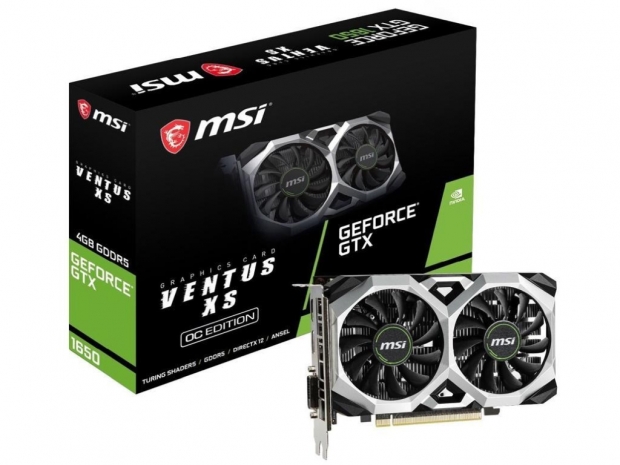 It appears that MSI is preparing to launch a GTX 1650 graphics card with GDDR6 memory, which could fill the gap between the standard GTX 1650 and the GTX 1650 Super.

Since MSI's model numbers are easy to read, a recent ECC listing spotted by Videocardz.com suggests that the company might launch a GTX 1650 graphics card with GDDR6 memory. So far, a total of eight different cards have been spotted which will be a part of MSI's Gaming, Ventus, Aero and standard series.

Unfortunately, the listing does not include any other details, but it is safe to assume it will feature the same TU117 GPU as the standard GTX 1650, featuring 896 CUDA cores, but come with 4GB of faster 12Gbps GDDR6 memory.

With such a configuration, the GTX 1650 with GDDR6 memory will fit nicely between the GTX 1650 and the GTX 1650 Super, but currently, there is only a $20 gap between those cards, so we might also see a minor price adjustment as well, or a complete phase-out of the GTX 1650 GDDR5 version.

It is unclear if other Nvidia AIC partners will make the GTX 1650 GDDR6 version.