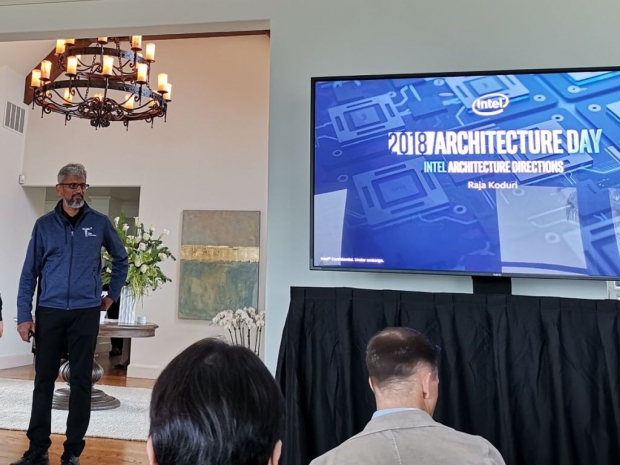 From Teraflops to Petaflops

Intel organized an architecture day on the late Robert Noyce’s estate, a founder of Fairchild Semiconductor and Intel, a $22 million estate where Intel used to have its board meetings. At this symbolic landmark, Intel’s Raja Koduri, Jim Keller, Murthy as well as dozen other engineers gave the press an overview in 10nm, future GPUs, FPGAs and server products.

Raja first introduced a Gen 11 graphics for Intel mobile processors, something that David Blythe, a director of graphics architecture of the visual and parallel group, addressed in detail. Raja mentioned 2X the performance with Gen 11 and when asked what happened with Gen 10, the obvious answer was given, that is what we used to know as Cannon Lake and it has been scrapped.

Raja did surprise the audience confirming Intel's desktop graphic commitment and announcing that Intel has plans to further improve GPU performance in both mobile and desktop.

Koduri  confirmed that the codename is Xe, mathematics, no surprise there. It promises a huge leap in performance and Raja Koduri confirmed that this is coming in 2020. He didn’t want to give any more details but is promising an update at a later date.

One big take away from the event was the commitment to address the market from Teraflops to Petaflops. Intel got to Teraflops with 64 EUs of Gen 11 graphics and the Xe will likely target much more.

Xe will include a range of products addressing the market for the client (notebooks), integrated and entry, mid-range, enthusiast, data center and AI. There will be a data center optimized version too. 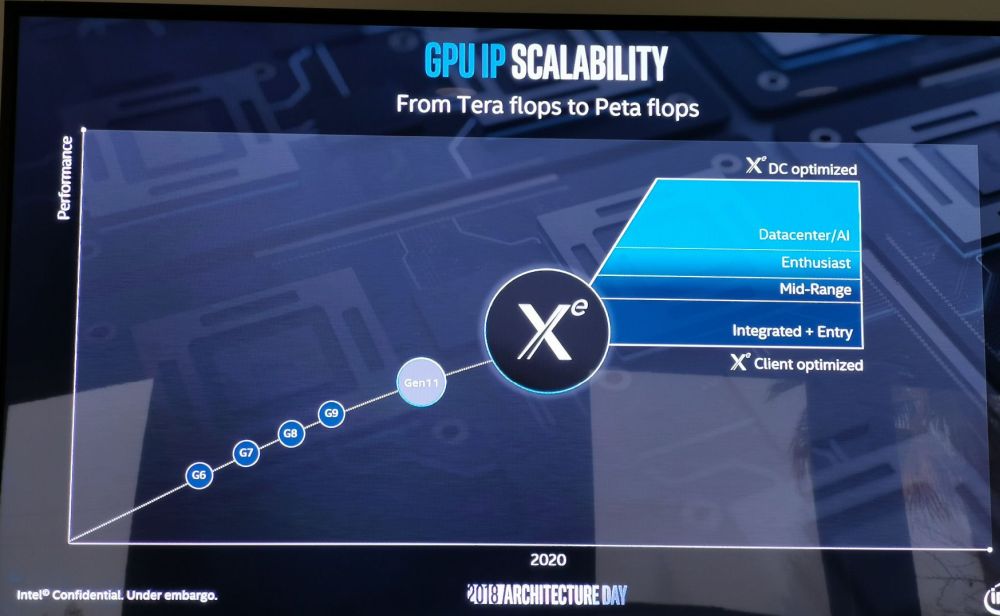 So Intel’s Xe GPU - as we implied before - is to assist the AI/data center learning and inferencing effort as well as challenging Nvidia and AMD on the desktop/notebook graphics front.

Every market needs competition and Raja, as well as Keller, a new refresh to Intel’s team can help that happen. Intel now focuses heavily on 10nm and talked a lot about that at the event, highlighting a new packaging procedure where it manages to stack the chips on top of each other and even putting the memory on top.

Intel will talk more about graphics in the course of 2019 but its razor-sharp hiring is building up what we now call RTG 2.0, Raja Technology Group that has a chance to challenge Nvidia dominance. It will just take quite some time, and one can only hope that they will get it right straight away. The GPU market desperately needs more competition and fingers crossed that AMD can rebound too.