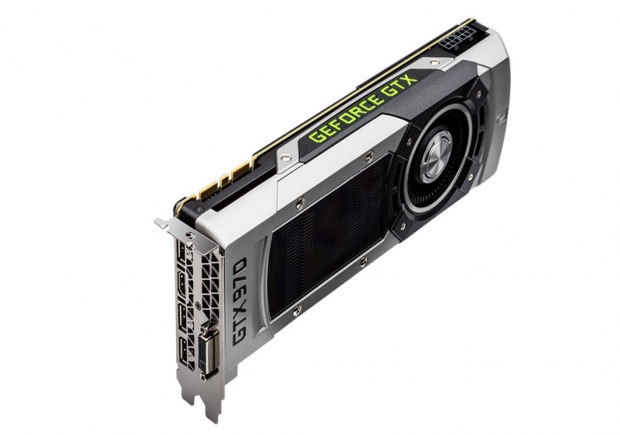 GeForce GTX 970 was not all it seemed

If you bought a GeForce GTX 970 then it looks like Nvidia will owe you $30 after agreeing to a preliminary settlement of a class action over some marketing of the card.

The case is a set of 15 separate class-action lawsuits, filed starting in February 2015, that were condensed into one suit in the US District Court for the Northern District of California.

The plaintiffs filed complaints against Nvidia and graphics card manufacturers Asus, EVGA and Gigabyte, claiming that the companies misled consumers about the hardware specifications of the GTX 970.

Specifically the GTX 970 claimed to have 4 GB of video memory when it had 3.5 GB of RAM, with the remaining 0.5 GB being a much slower "spillover segment" that is decoupled from the main RAM.

The plaintiffs wrote in the amended class-action complaint that Nvidia had engaged in a scheme to mislead consumers nationwide about the characteristics, qualities, uses, and benefits of the GTX 970.

Nvidia and its co-defendants first tried to have the case dismissed on multiple occasions and is not saying anything about the settlement.

The $30 figure is based on a figure alleged by the plaintiffs. It was based on the fact that the average retail price of a GTX 970 was approximately $350. So they should have expected to receive 12.5 percent of $350, or $43.75, as compensation — if the case had gone to trial and the plaintiffs had won.

The real winners were the lawyers who collected $1.3 million in attorneys’ fees and expenses. Nvidia have also agreed to pay incentive awards of up to $25,000 in total to the 23 named plaintiffs.

Once everything is paid Nvidia, Asus, EVGA and Gigabyte will have lighter bank accounts. Nvidia has sold a lot of GTX 970s since launching the card in September 2014 and the GTX 970 is the baseline GPU for compatibility with virtual reality headsets such as the Oculus Rift and HTC Vive.