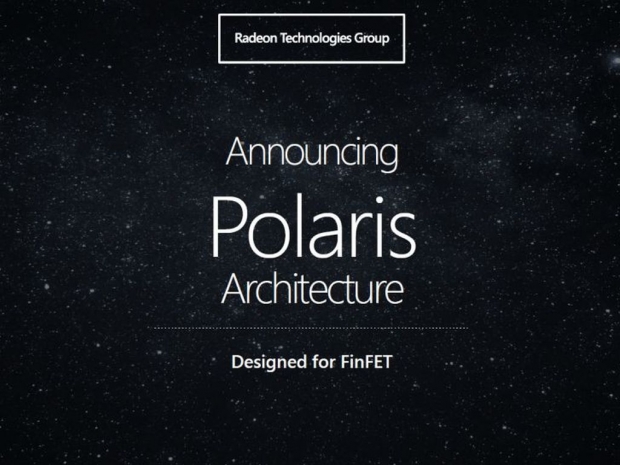 While being extremely efficient

According to latest rumors, AMD's upcoming Polaris 10 Ellesmere GPU could pack enough punch to actually be faster than the Radeon R9 Fury X and the Geforce GTX 980 Ti, while also being extremely power efficient.

According to a report from Gamedebate, spotted by Techpowerup.com, the upcoming Polaris 10 Ellesmere GPU, which should be a part of the AMD's new Radeon R9 400 series, should pack some impressive performance per buck.

This is a big surprise considering that this is not a "big chip" as that would be the the Vega GPU, which should be coming next year.

The 14nm Polaris 10 Ellesmere GPU should pack up to 2560 Stream Processors and have a TDP of up to 175W. It will probably come with 8GB of either GDDR5 or GDDR5X memory and should give competition a run for its money.

The early performance results from the Polaris 10 GPU a rumored to be around 4000 points in 3DMark FireStrike Ultra benchmark, which is pretty much what you get from both the Geforce GTX 980 Ti and Radeon Fury X in the same benchmark.

Unfortunately, the price is still a big mystery but if AMD manage to keep it at around US $300, the Polaris 10 GPU will be a big winner for AMD. 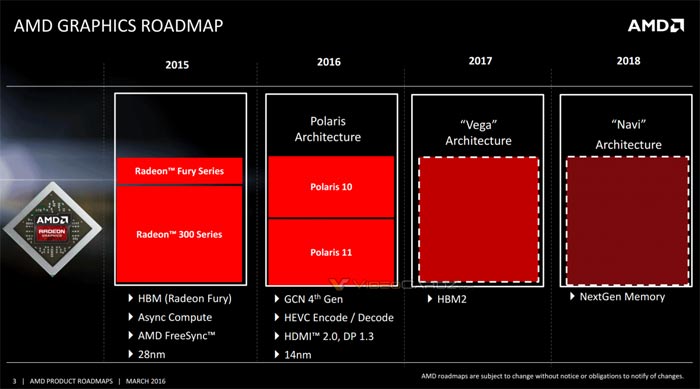 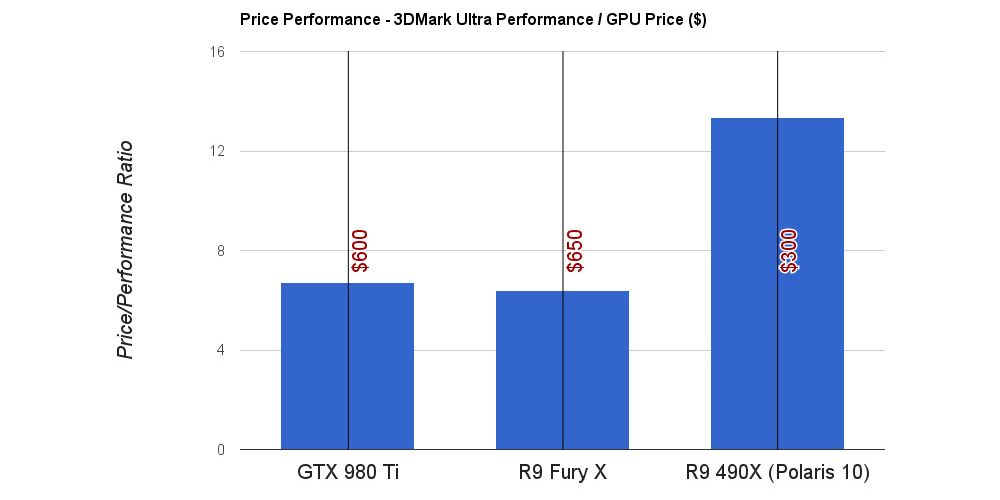 Last modified on 26 April 2016
Rate this item
(34 votes)
Tagged under
More in this category: « AMD rolls out Radeon Software Crimson Edition 16.4.2 hotfix drivers Radeon PRO Duo $1,500 Graphics card is out »
back to top