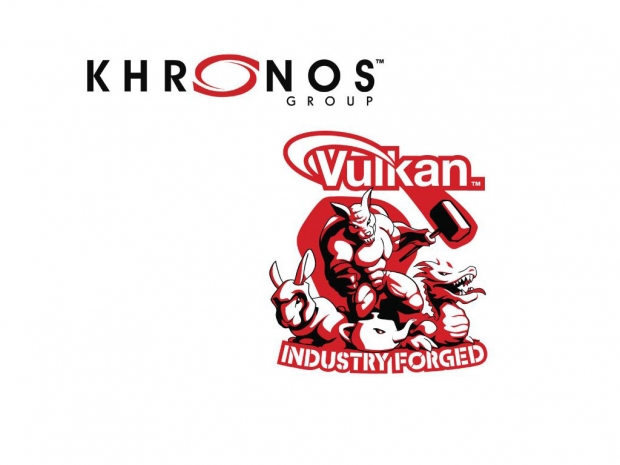 The Khronos Group has now officially released the Vulkan 1.0 API, including all the specifications, conformance tests, SDKs and all other resources.

Partially based on AMD's Mantle API, the Vulkan API gives developers a more direct control over resources on the graphics card and will not replace OpenGL but rather complement it, according to Khronos Group.

As the upcoming Microsoft DirectX 12 will be mostly limited to Windows 10, Vulkan 1.0 API supports Windows XP and newer, as well as plenty of Linux-based operating systems like Ubuntu, Red Hat, SteamOS, Android and Samsung's Tizen OS. According to Khronos Group, Vulkan API, as a multi-use platform, can be used for compute, gaming, mobile and any other type of workload.

The Khronos Group describes Vulkan 1.0 API as the result of 18 months of an intense collaboration between leading hardware, game engine and platform vendors and allows direct control over GPU acceleration with minimized CPU overhead and efficient mutli-threaded performance, something that AMD Mantle API was all about.

There are plenty of big names behind Vulkan API, including Intel, AMD, Nvidia, Qualcomm, Samsung, Valve, Croteam, Imagination Technologies and plenty more so hopefully it will kick off really well and it appears that Croteam's The Talos Principle will soon get Vulkan support so hopefully we will see how capable it actually is.

Both AMD and Nvidia have already issued drivers with Vulkan support and had only high praise for the new API. Those interested can find AMD's beta Windows Vulkan drivers over at AMD's support page while Nvidia has created a dedicated page for Vulkan API, where you can also find the new driver.

Among other things, Neil Trevett, president of the Khronos Group and vice president at Nvidia said that: "In the right hands, Vulkan's multi-threading and explicit resource management can enable a new class of smooth, high-performance engines and applications.” Nvidia's Tony Tamasi, senior vice president of content and technology, added that Vulkan API enables developers to get the best from Nvidia GPUs and that they are proud of their role in its development. AMD's Raja Koduri, senior vice president and chief architect at Radeon Technologies Group, said that the release of the Vulkan 1.0 specification is a huge step forward for developers and that "the promotion of open and scalable technologies continues to be the focus at AMD."

You can check out more details over at the official Vulkan API page at the Khronos Group website. 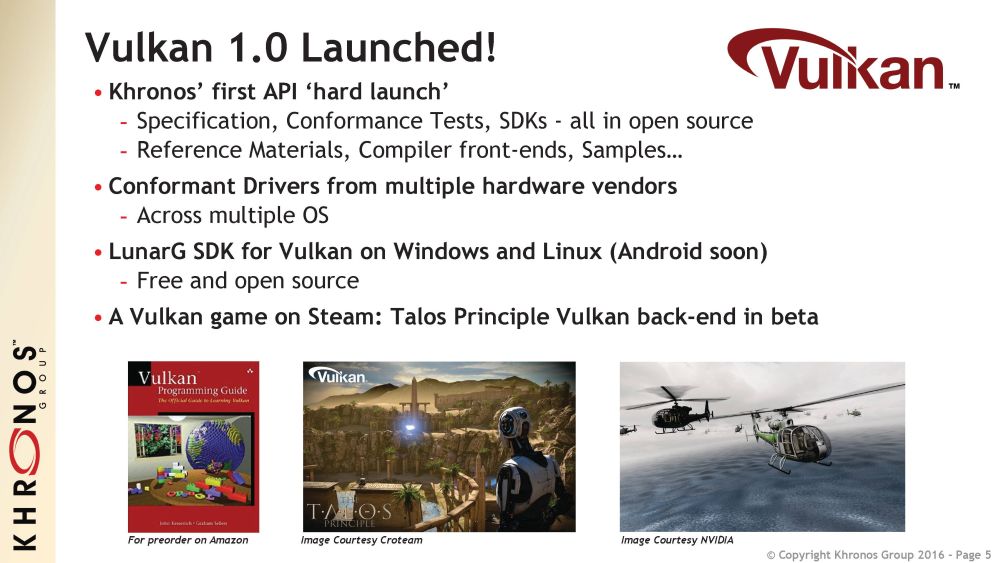 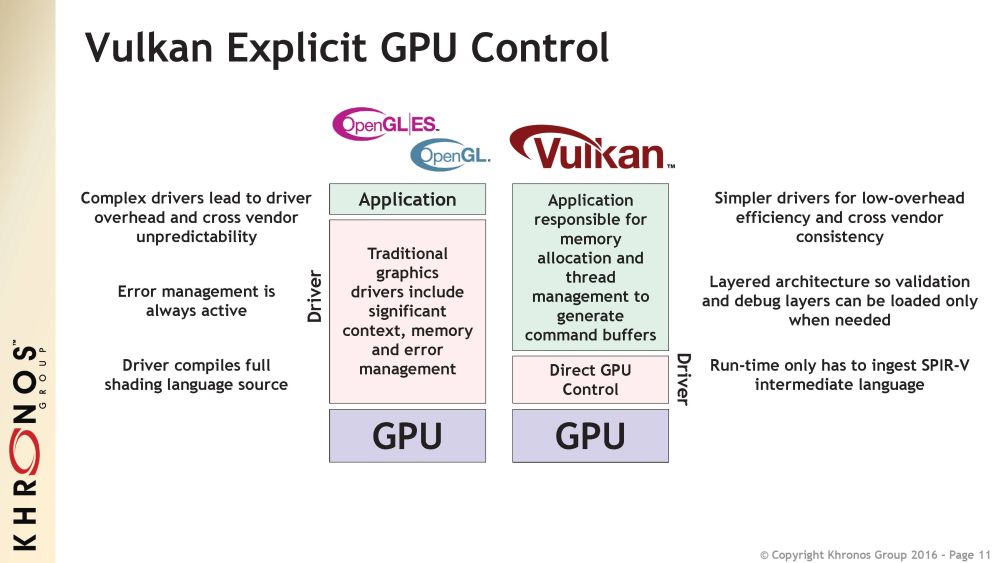 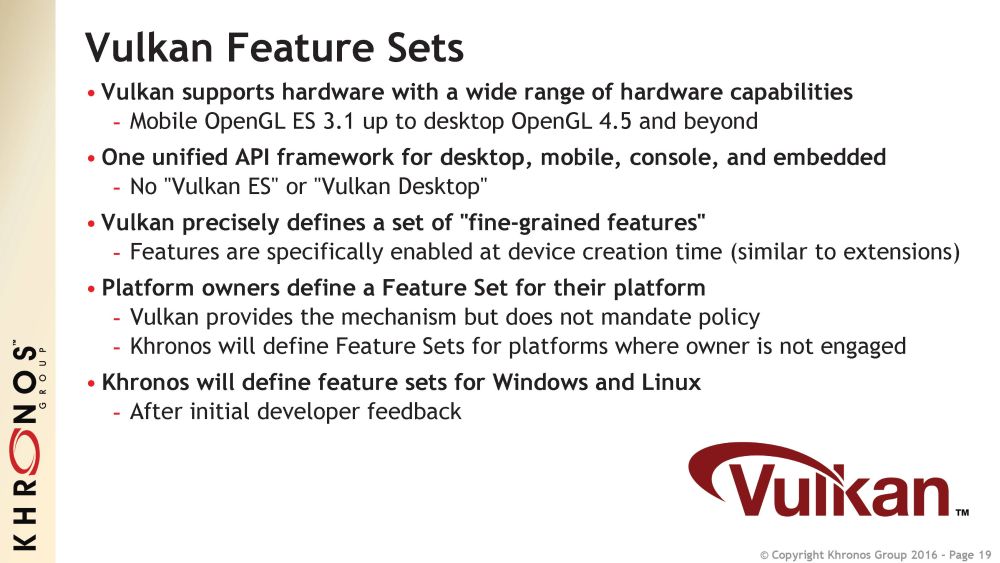 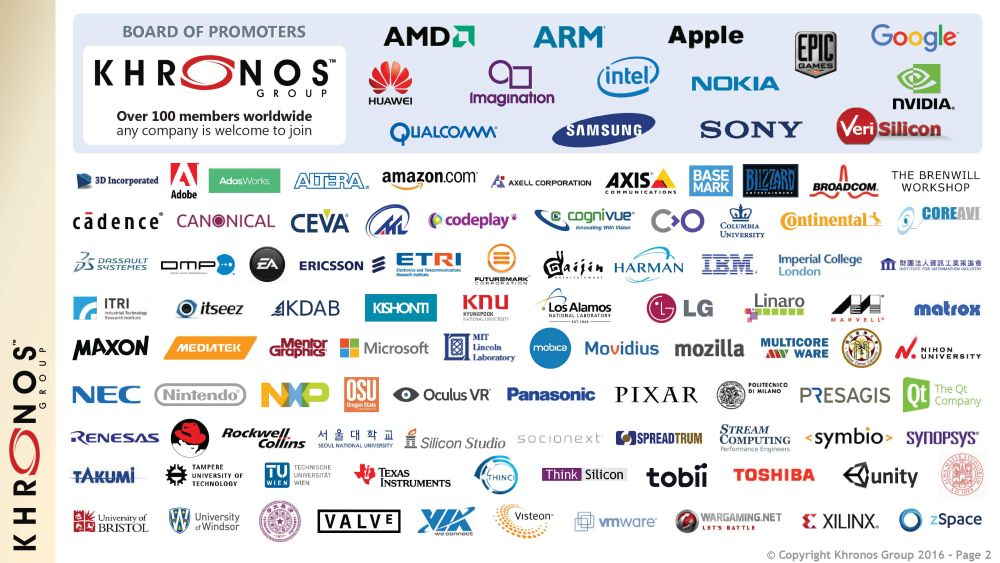 Rate this item
(9 votes)
Tagged under