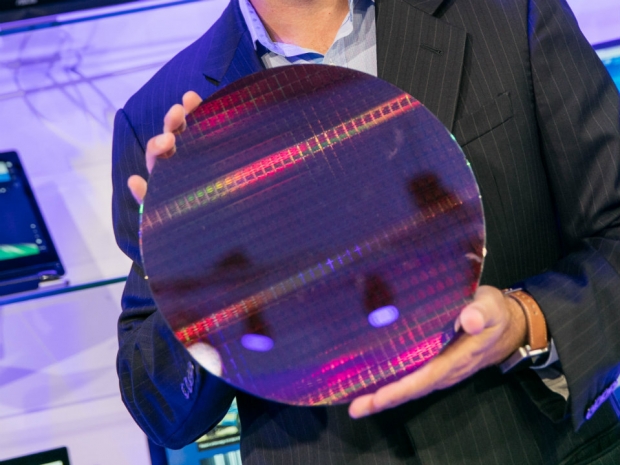 In a desperate bid to demonstrate how good the H.265 decode is on Skylake, Intel was a little creative about its facts.

There is one problem with this. There is no such thing as "$2000 Titan Nvidia card".

We went on Newegg and a few other places to see that Nvidia Titan X from EVGA sells for $1029. This is not cheap, but this is not "$2000 Titan Nvidia card" either.

The second card that has two Titan GPUs called Titan Z sells for $1,549.99 again not "$2000 Titan Nvidia card" but not cheap either. It might be true that Intel can process H.265 faster than the Maxwell generation GPU but at the same time, Titan X and Z will obliterate Intel in games.

Intel has showed that a Skylake GPU could process H.265 better and smoother than Nvidia, but it is inescapable that there is no such a thing as "$2000 Titan Nvidia card". Intel could have been comparing Skylake against any Nvidia GPU or for that matter it could have been testing it against something different – like a banjo.

Just minutes after bashing world's largest GPU manufacturer, Skaugen started praising the gaming market and how it was a big that opportunity.

They need each other. Nvidia's GPU needs a decent CPU and Intel needs Nvidia or AMD to provide a GPU for serious gamers. Intel claims that Iris PRO is enough which is far from reality. Every serious gamer we know owns a discrete GPU and Iris Pro might be enough for World of Tanks, casual gamers but not for everyone.