Asus has now officially announced the new Geforce GTX 980 Poseidon Platinum graphics card under its well known Republic of Gamers (ROG) brand, which features Asus' DirectCU H2O hybrid cooler, one that can double as a standard air cooler and be connected to a liquid cooling system as well. 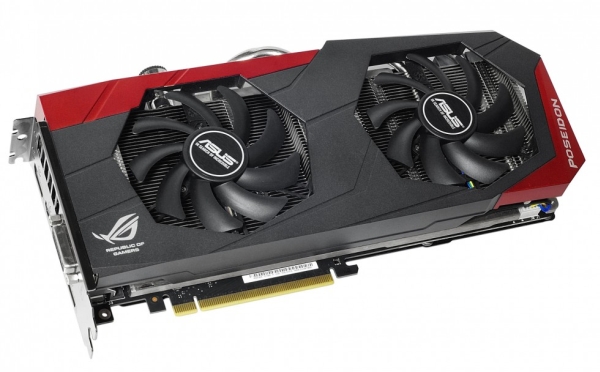 In addition to the new DirectCU H2O hybrid cooler, the new Asus ROG GTX 980 Poseidon Platinum also comes with a factory overclock. As it is based on Nvidia's GM204 Maxwell 2.0 GPU with 2048 CUDA cores, Asus has decided to set the ROG GTX 980 Poseidon Platinum to work at 1178MHz for the base GPU clock, 1279MHz for the GPU Boost clock and 7010MHz for 4GB of GDDR5 memory paired up with a 256-bit memory interface. According to Asus, the new DirectCU H20 cooler should the GPU up to 27°C cooler when as well as three time quieter, compared to the reference design cooler. 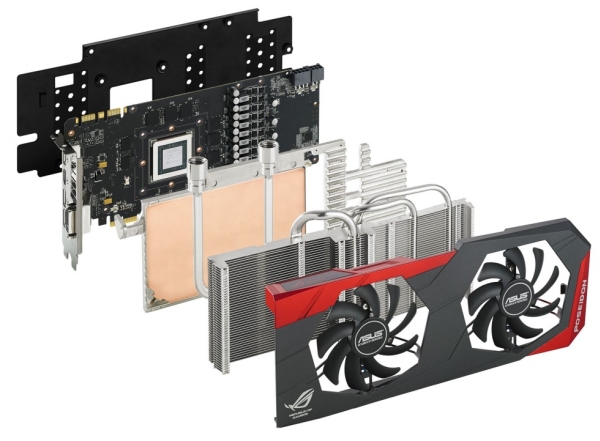 The rest of the features, in addition to the custom PCB with 10-phase DIGI+ VRM powered by 8+6-pin PCI-Express power connectors aslo include a bunch of ROG technologies including dual dust-proof fans, die-cast thermal armor, black metallic capacitors, concrete-core chokes and hardened MOSFETs. 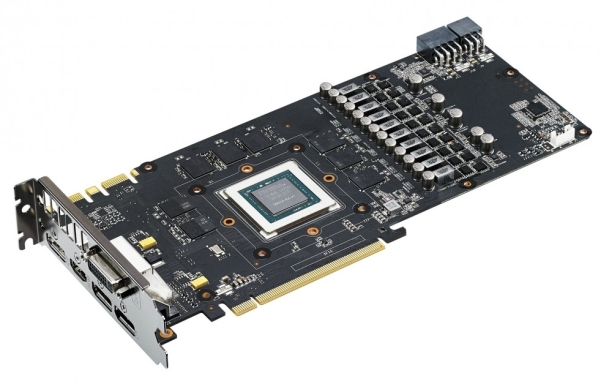 In order to make it a bit more appealing to the gaming crowd, the new ROG GTX 980 Poseidon Platinum also features red LED Republic of gamers which pulsates when the graphics card is active. As far as the output configuration is concerned, the Asus ROG Geforce GTX 980 Poseidon Platinum comes with three Display Port 1.2, single HDMI 2.0 and single dual-link DVI display output.

According to Asus, the new ROG Geforce GTX 980 Poseidon Platinum will start shipping worldwide sometime in November. Unfortunately, the official press release did not reveal any details regarding the price or the availability date. 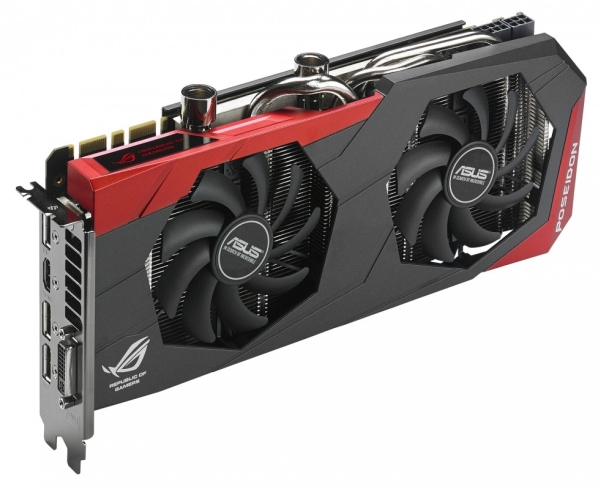