In addition to the reference clocked and cooled Nvidia GTX Titan, EVGA shed some light on its upcoming GTX Titan SuperClocked and the GTX Titan Hydro Copper. Both will be available as a Signature Edition cards as well. It looks like that EVGA is once again Nvidia's premium partner and is the only partner to announce more than one GTX Titan graphics card, at least so far.

Although there are not many details regarding the GTX Titan Superclocked and Hydro Copper as clocks are listed as TBD, it appears that EVGA already has a Swiftech waterblock prepared for the Titan. The Superclocked version will retain the original cooler. As noted, both the Superclocked and the Hydro Copper version will be available as a Signature Edition that is bundled with a limited edition EVGA Gaming poster, Titan Signature t-shirt and EVGA Gaming mousepad.

Unfortunately all four Titan cards from EVGA are listed as "coming soon" so we will have to wait a bit for it. According to our sources, these EVGA Titan cards might be ready in next few weeks. Of course, the GTX Titan SuperClocked will be first followed shortly by the GTX Titan Hydro Copper. You can check them out here. 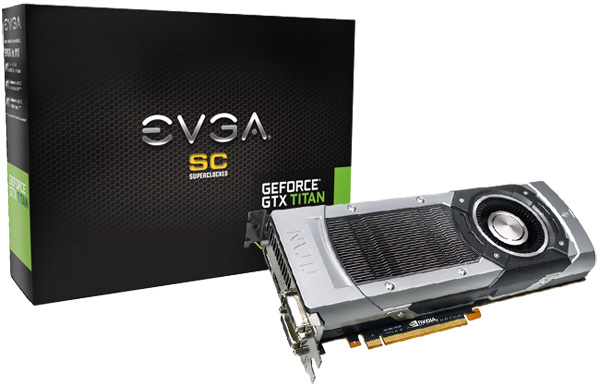 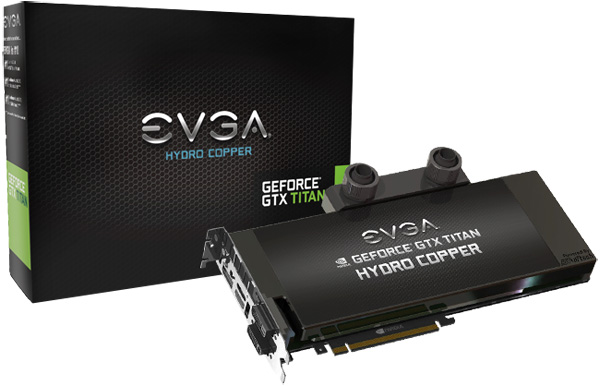 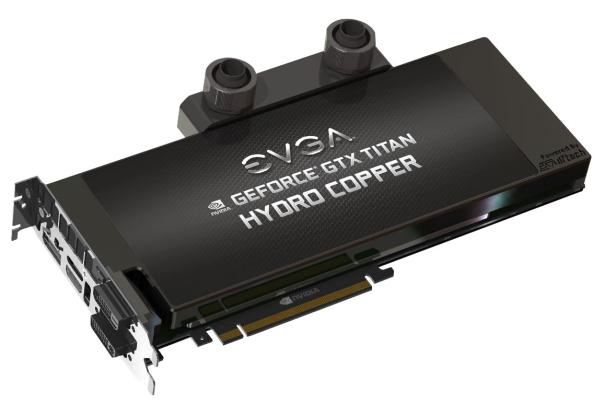