After releasing its full lineup of GT 430 cards a while back, Sparkle has announced yet another one today, the GT 430 512MB.

As you could tell from the name of the card, this one features 512MB of DDR3 memory (unlike the previously released 1GB and 2GB versions), uses a low-profile PCB and works at 700MHz for the GPU, 1400MHz for those 96 CUDA cores and has a 64-bit memory interface.

The card has D-Sub, DVI and HDMI outputs and uses a small heatsink/fan cooler. As always, Sparkle didn't announce the price or the availability date. 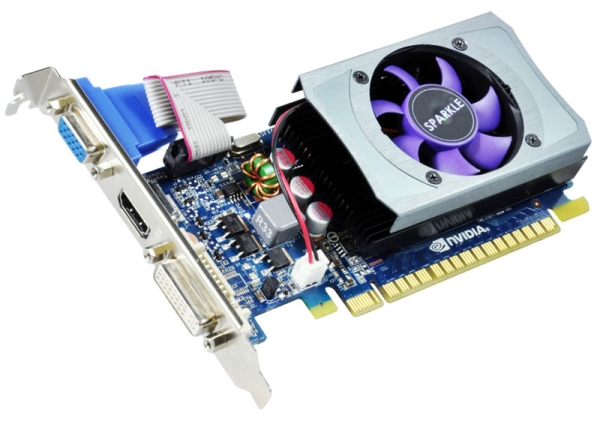