Following its recent preview of the HD 6870 PCS+, Powercolor has now officially announced it. The card features non-reference cooling and has a custom cooler with a 92mm fan and three copper heatpipes. As expected, the card ships with a slight factory overclock.

According to Powercolor, the new cooler design should offer up to 15 percent better performance than the reference unit. The Powercolor HD 6870 PCS+ works at 940MHz for the GPU and features 1GB of GDDR5 memory clocked at 4400MHz. The card still has 1120 Stream Processors, a 256-bit memory interface, comes with two DVI, one HDMI and two DisplayPort outputs and will be bundled with Call of Duty: Modern Warfare 2.

The new PCS+ HD 6870 should be available pretty soon. 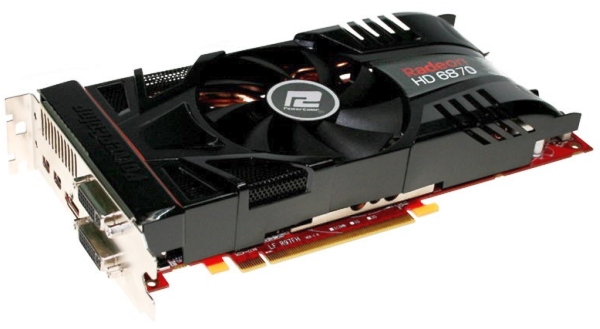