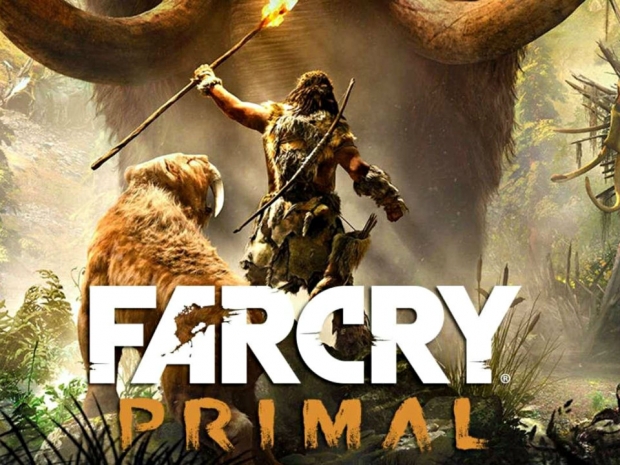 An upcoming free update for the PC version of Far Cry Primal (2016), Ubisoft Montreal’s latest installment in the Far Cry franchise, will soon add 4K textures to the game in beautiful 3840x2160p resolution, along with a new “Survival Mode” with optional “permadeath” feature that should increase overall difficulty of gameplay by several orders depending on the level of difficulty chosen.

The 4K texture pack will officially be released for PC players on Tuesday, April 12th. The game itself was released on February 23rd for PlayStation 4 and Xbox One, and March 1st for Windows PCs. 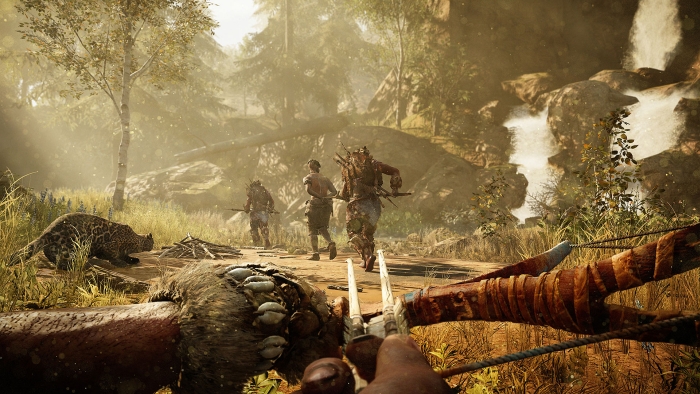 Currently, there is a GDGE graphics enhancement mod for the game that enables additional Sub-pixel Morphological Anti-Aliasing (SMAA) enhancements, giving a much cleaner edge-free image at the cost of some image sharpness. SMAA is a post-processing effect originally developed by Crytek and based on AMD’s MLAA. It is relatively easy to implement and configure. Early comparisons show it has similar performance to FXAA with noticeably higher quality and uses significantly less memory than modes like MSAA (Multi-Sample Anti-Aliasing), CSAA (Coverage Sampled Antialiasing), SGSSAA (Sparse Grid Super-Sampled Anti-Aliasing), and SSAA (Super-Sampled Anti-Aliasing). For more information, here is a quick glossary of anti-aliasing terms.

The following screenshots show the SMAA enhancement in Far Cry Primal running on a Core i7 5820K, Geforce GTX 980 GPU and 16GB of RAM at 1920x1080 resolution. All we can say is that we look forward to seeing screenshots and video demonstrations of this anti-aliasing mod being used with the upcoming 4K textures next month. 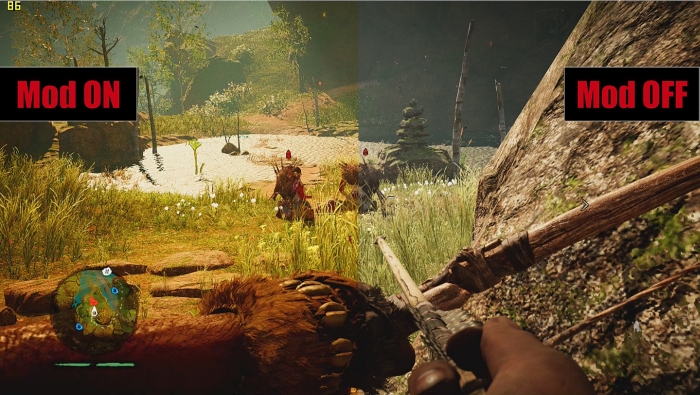 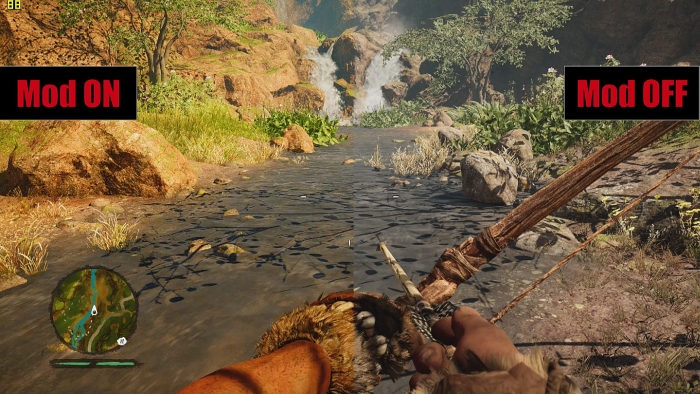 Far Cry Primal is another single-player installment in the Far Cry series, but this time it is set in a pre-historic, fictional Central Europe in an open environment filled with many large, now-extinct creatures that contribute to the game’s survival difficulty. Aggregate reviews from Metacritic gave the game a 79 percent for the Xbox One, 76 percent for the PlayStation 4 and 75 percent for PC, with one reviewer calling the game’s pre-historic setting its greatest strength. With the new 4K texture pack and addition of Survival Mode, we would not be surprised if original critics considered revising their scores up a couple points to accommodate both of these often-suggested features.

“You’re going to be able to play the game in any difficulty level – with permadeath if you want to – which is going to create a really, really intense experience let me tell you,” Simon explains in a quick 48-second video introducing the new features.

"The biggest such option is the addition of permadeath. If you felt the stakes weren't high enough before, you can now turn on full permadeath, which means your game is over the first time you die (except in vision missions, which aren't "real"). If that seems too abrupt, there's also a second-chance option that gives you one backup life, which is then replenished at certain completion points".