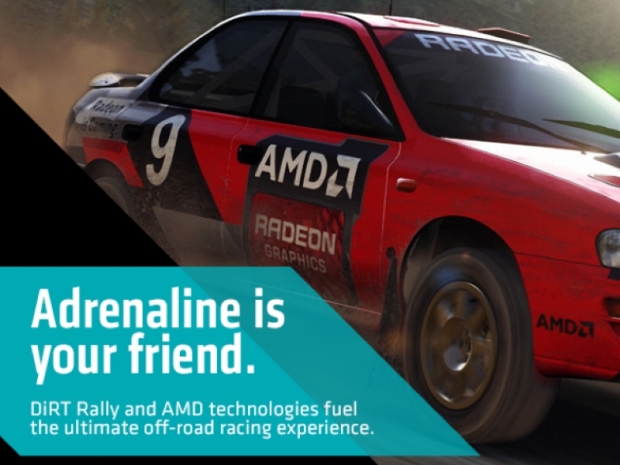 According to an update we recieved from AMD, the recent bundles which we saw running at Newegg.com, are not AMD's doing, at least not all of them, as Grand Theft Auto 5 is not officially part of AMD's bundle, but DiRT: Rally is.

We have recently seen both Grand Theft Auto 5 and DiRT: Rally bundled and sold at Newegg.com with various AMD graphics cards, mostly Radeon R9 290 and R9 290X. While Grand Theft Auto 5 bundles were quickly gone from Newegg.com, either sold-out or simply removed, these were apparently handled by AMD AIBs and retailers and are not part of AMD's official game bundle.

On the other hand, AMD did note that DiRT: Rally bundle is AMD's official bundle and will be coming to plenty of AMD graphics cards, probably all across the currently available Radeon 200 series lineup. As you can see at this link, AMD already has a website live which allows you to redeem your DiRT: Rally coupon code.

It was quite surprising to Grand Theft Auto 5 bundled with some AMD graphics cards and hopefully some other AIB partners and retailers will run the same promotion, but in case you are looking for an AMD official bundle, you will have to "settle" for DiRT: Rally.

Last modified on 18 May 2015
Rate this item
(0 votes)
Tagged under
More in this category: « Amazon outs Nvidia Shield and Shield Pro Grand theft auto maker makes a killing »
back to top