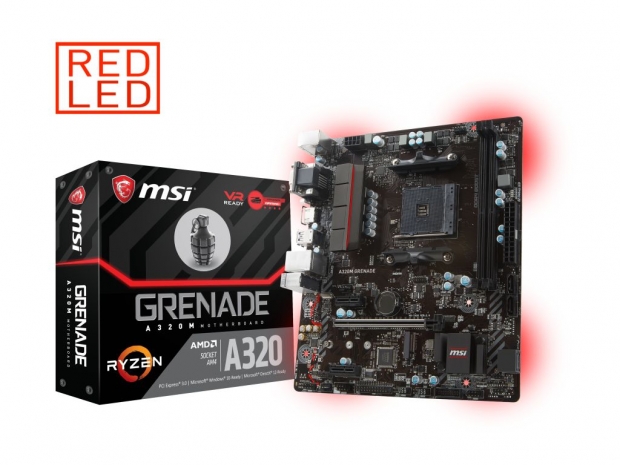 MSI has shown off its newest A320M Grenade AM4 motherboard based on AMD's cheaper A320 chipset.

The rest of the features include four USB 3.1 ports, Gigabit Ethernet, 5.1-channel audio and red LED lighting glowing from four corners of the motherboard. Although it is a budget oriented motherboard, MSI decided to include a couple of features like Audio Boost, Turbo M.2, DDR4 Boost, EZ Debug LED and Steel Armor PCIe slot. 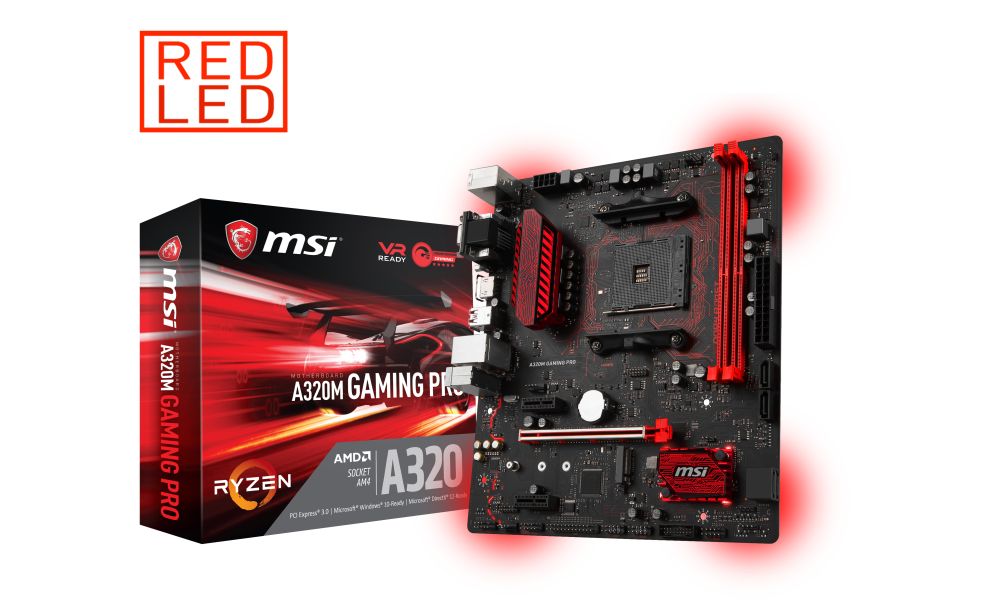 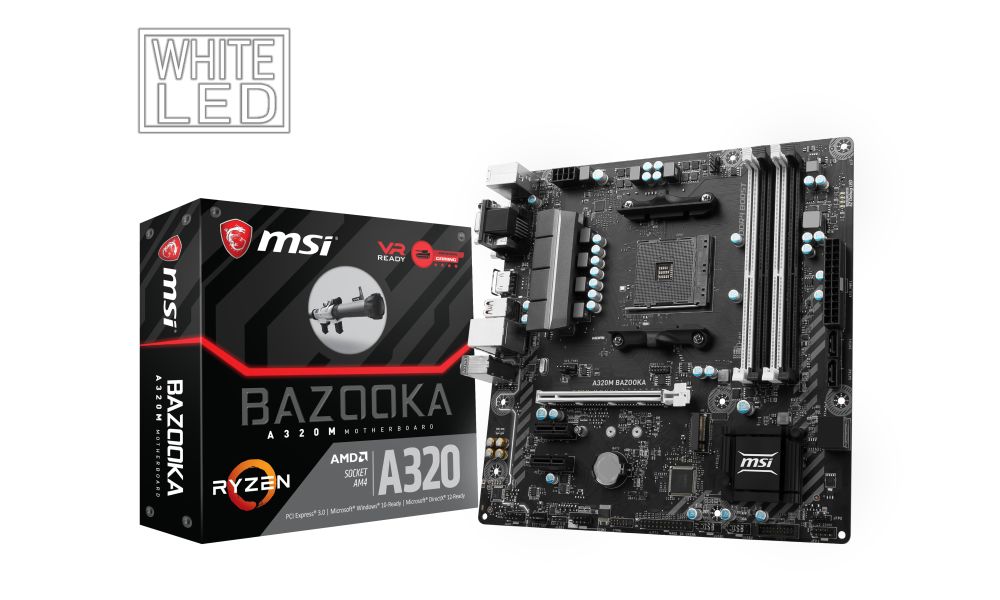 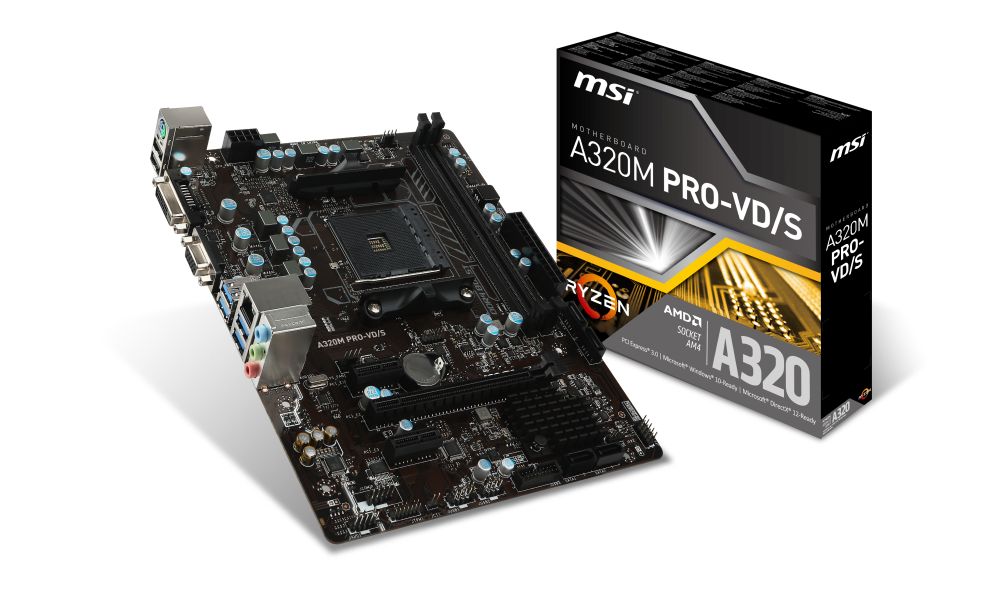