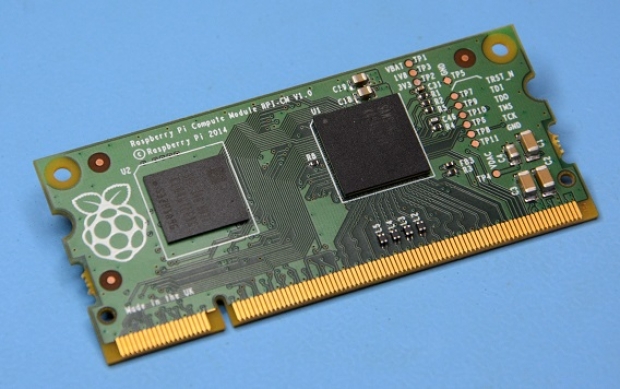 A mini-computer within a computer

A smaller version of the popular Raspberry Pi 3 will hit the shops soon.

Dubbed the “Compute Module” it is a single-board computer that plugs into specific on-board memory slots. In other words, it is a passively powered mini-computer inside a computer.

It will have similar circuitry to that of Raspberry Pi 3but it will be smaller, with the memory, CPU, and storage embedded tightly on a board.

The Compute Module will have a 64-bit ARM processor but it will not have Wi-Fi. It could be in the shops by Christmas and will cost about $24. It will work with Linux and Microsoft's Windows 10 IoT Core, Upton said.

The Compute Module could be used to operate factory equipment and Raspberry hopes to break into the industrial market.

The new Compute Module will be compatible with SODIMM slots, which are cheaper than PCI or SDRAM slots and can carry high-speed signals reliably.

Last modified on 15 July 2016
Rate this item
(7 votes)
Tagged under
More in this category: « Mobos have lost their mojos Gigabyte shipped 7.8 million motherboards »
back to top