The new Z9PE-D8 WS is based on a larger, 30.5x33cm size, EEB form factor usually reserved for server motherboards and, in addition to two LGA 2011 sockets, features a total of eight DDR3 DIMM slots (four for each socket) with support for up to 256GB of memory. It also packs four blue PCI-Express 3.0 x16 slots, two black PCI-Express 3.0 x16 working at x8 and one bottom black PCI-Express 2.0 x16 working at x4, all ensuring 4-way SLI and CrossfireX support.

The rest of the specs include a total of six SATA 6Gbps ports, eight SATA 3Gbps ones, two Gigabit Ethernet ports, 7.1-channel audio, a bunch of USB 2.0 and couple of USB 3.0 ports.

Unfortunately, the price hasn't been revealed by Asus but thankfully it is currently available at Newegg.com with a price tag of US $599.99. 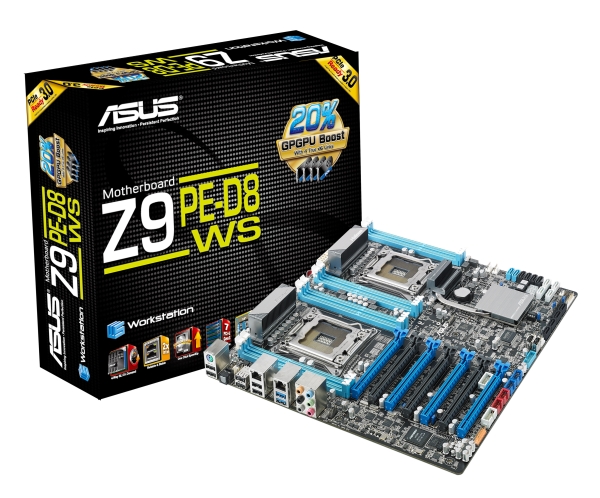