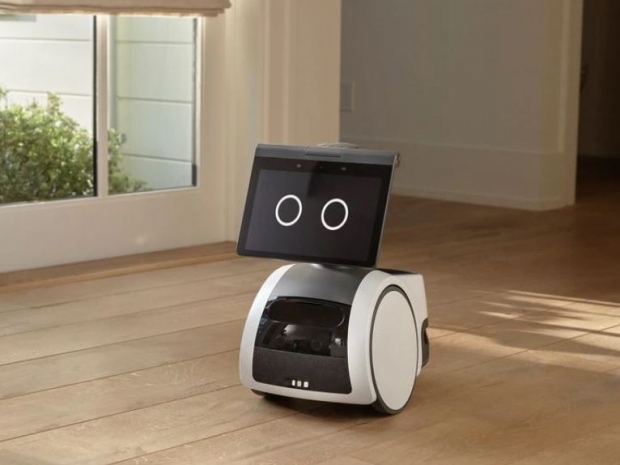 Pricey and flimsy too

Amazon’s pricey Astro robot appears to have issues with privacy and is so depressed that it will ignore the existence of stairs and chuck itself down them.

Motherboard claims to have got its paws on internal video recordings and documents related to Amazon’s Astro robot. The report cites multiple insiders who are said to have been developers on the Astro project, quoting allegations related to the robot’s performance privacy.

While Amazon presents Astro as a “helpful, capable robot for your home”, one that is intended to help its owner monitor their home, stay in contact with other people, and access Alexa anywhere in the home.

Ring Protect Pro subscribers can use Astro to patrol their home while away, using the various tech systems on the robot to investigate issues and save video clips for review later on.

However Motherboard said that it is a surveillance droid that works to identify anyone it encounters in the home, going so far as to follow around anyone it doesn’t recognise as they move throughout the house. Users have the option to turn this ‘Sentry’ mode off; when it’s on, the robot may, the report claims, do things like record audio and video of someone identified as a stranger and upload the content to the cloud.

The irony is that if it were a real burgler the device could be disabled with a swift boot as Astro is not the strongest of Bots.

When it is not tracking stranger’s movements, Astro will, the leaked documentation allegedly revealed, follow their owners around in order to learn their behaviours and things about the home, such as where it is most likely to get bumped into by a human and where people generally congregate in the house.

Amazon senior PR manager Kristy Schmidt commented on the report to Motherboard, stating that “a lot” of Astro’s data processing takes place on-device, which includes processing the raw sensor data and photos needed for the robot to navigate around the owner’s home.

One source claimed, “Astro is terrible and will almost certainly throw itself down a flight of stairs if presented the opportunity”. Other allegations include the claim that Astro’s “person detection is unreliable at best” and that the robots “feel fragile” for something that costs a grand.