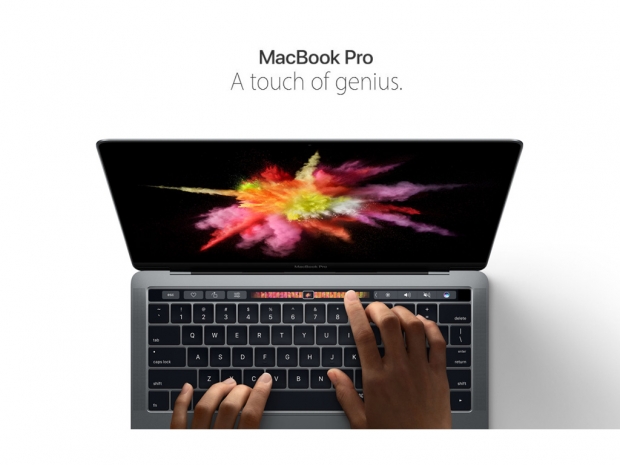 The Apple Hello Again event lined up with Apple's 25th anniversary of its first notebook so it does not come as a surprise that it was all about new MacBooko Pro 2016 models, which will be available in 13-inch and 15-inch versions as well as space gray and standard silver colors.

The new Apple MacBook Pro models are the thinnest and lightest MacBook Pro notebooks, with the 13-inch model weighing a mere 3 pounds (1.36kg) and being 14.9mm thick. The 15-inch MacBook Pro 2016 model also went on a diet and tips the scale at 4 pounds (1.81kg) with 15.5mm waistline. 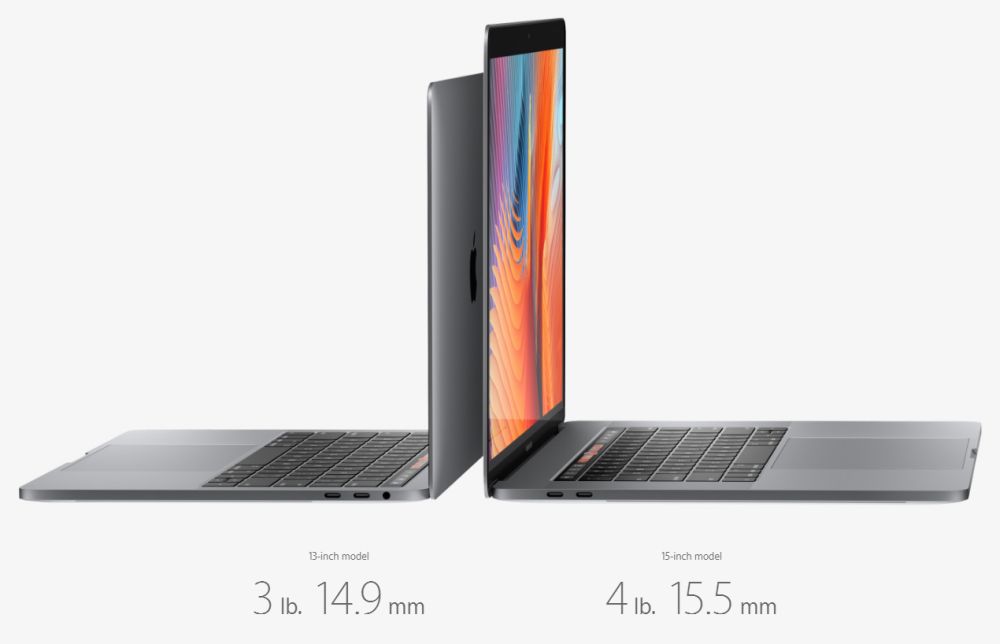 The biggest update in the design is the new OLED Touch Bar, described by Apple as a multi-touch enabled strip of glass built into the keyboard and with instant access to the tools you want, right when you want them. The Touch Bar also comes with the integrated Touch ID fingerprint sensor at its far right side and it is the 2nd generation Touch ID protected with sapphire glass cover.

The Touch Bar will be available with both 13-inch and 15-inch version but there will also be a 13-inch MacBook Pro 2016 that comes without the Touch Bar.

Apple also says that the new MacBook Pro 2016 models have the best possible display up to date, which is 67 percent brighter, has 67 percent better contrast ratio, displays 25 percent more colors and consumes 30 percent less power, which is quite an achievement. In terms of specs, the 13-inch MacBook Pro comes with 13.3-inch LED-backlit IPS panel with 2560x1600 resolution and 500 nits of brightness while the 15-inc MacBook Pro 2016 packs 15.4-inch LED-backlit IPS panel with 2880x1800 resolution and the same 500 nits of brightness. Both support wide color gamut (P3).

According to what we see, 13-inch MacBook Pro models will be limited to dual-core parts and use Intel's integrated Iris Graphics 540/550 IGP, while 15-inch model will get quad-core Core i5 and Core i7 CPUs as well as dedicated Radeon Pro 450 2GB, Radeon Pro 455 2GB or Radeon Pro 460 4GB GDDR5 graphics cards and Intel HD Graphics 530 with automatic graphics switching. 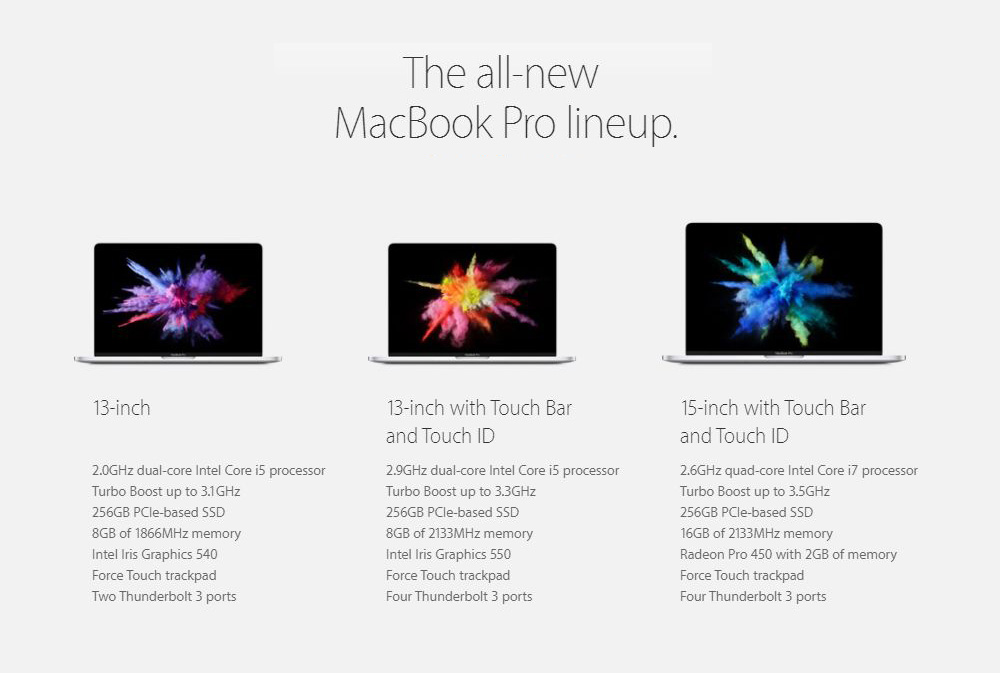 There are also a couple of minor hardware updates, which include better speakers, which are now louder and have twice the dynamic range, a larger Force Touch trackpad and the new keyboard with 2nd generation butterfly switches and metal on all sides of the notebook, which is "incredibly extreme", according to Apple.

Apple is also keeping the old MacBook Pro models, which are starting at US $1,299. All three new models should be available for pre-order as of today but only the 13-inch MacBook Pro without the Touch Bar is available as of today, while Touch Bar-equipped ones will ship in two to three weeks.

You can check out all the models as well as their price over at Apple.com. 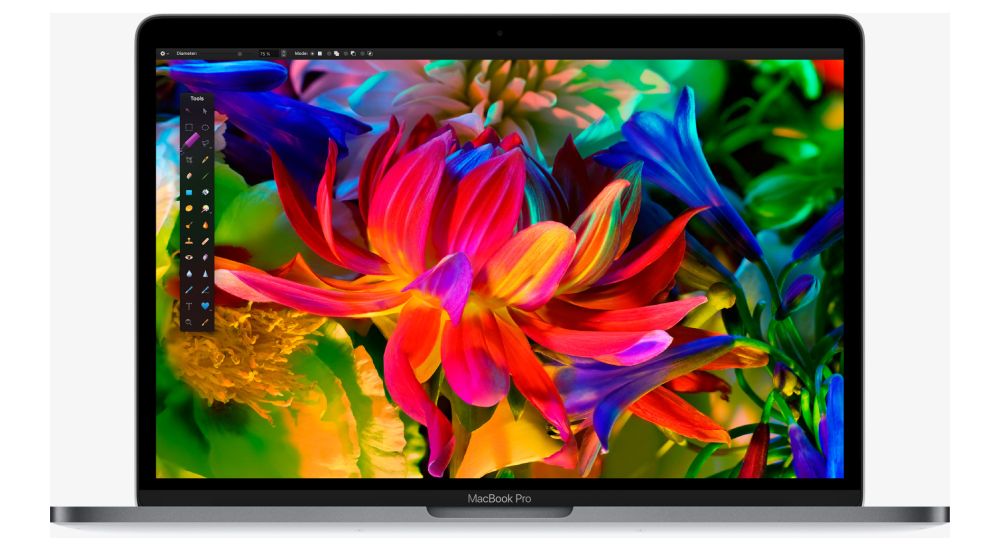 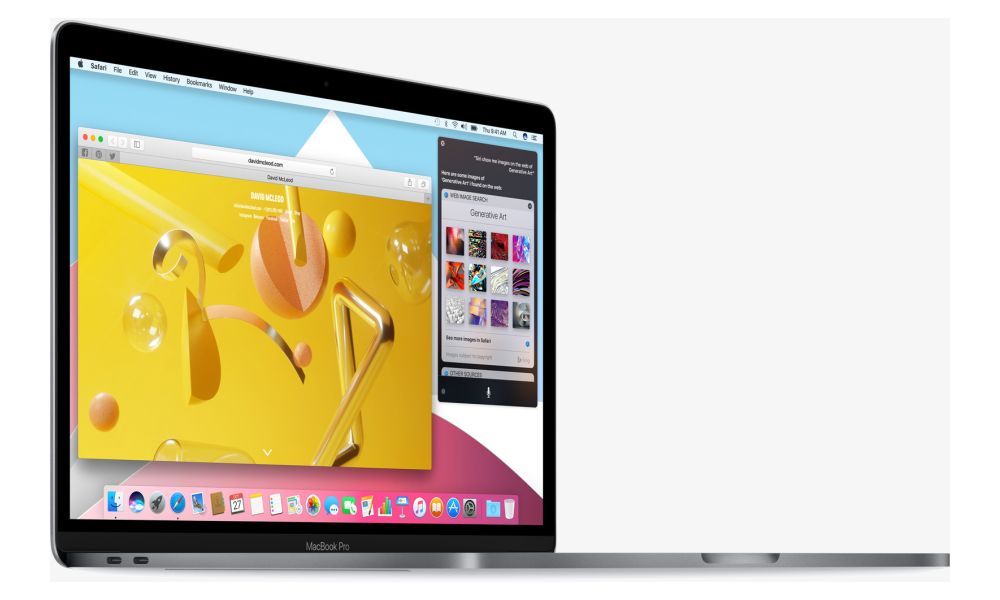 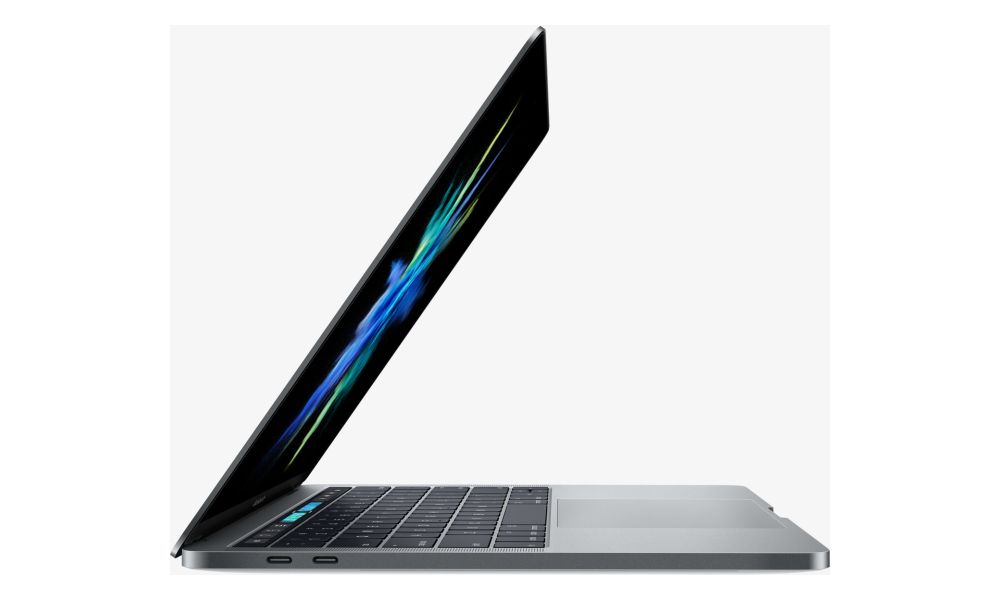 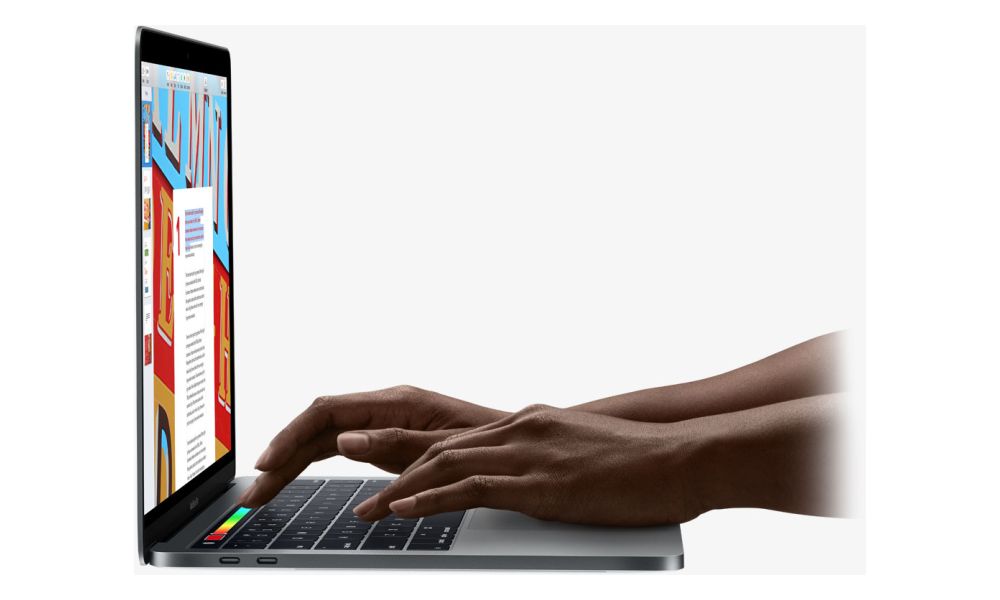