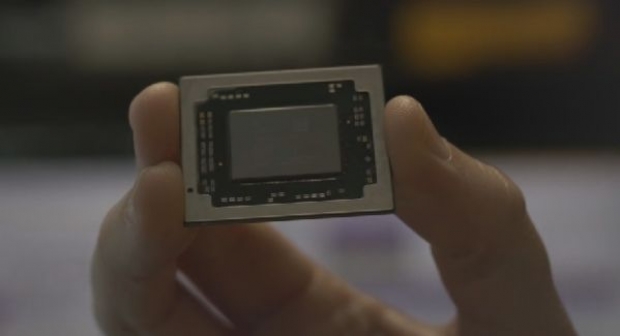 AMD released its earnings today and one cool question came up about the upcoming Carrizo mobile APU.

This is a great news and AMD's Senior VP and outgoing general manager of computing and graphics group John Byrne already shared a few details about his excitement about Carrizo.

There are two Carrizo parts, one for big notebooks and All in Ones called Carrizo and a scaled down version called Carrizo L. We expect that the slower Carrizo-L is first to come but, Lisa was not specific. Carrizo-L is based on Puma+ CPU cores with AMD Radeon R-Series GCN graphics is intended for mainstream configurations with Carrizo targeting the higher performance notebooks.

Usually when a company says that something is coming in Q2 2015 that points to a Computex launch and this Taipei based tradeshow starts on June 2 2015. We strongly believe that the first Carrizo products will showcased at or around this date.

Lisa also pointed out that AMD has "significantly improved performance in battery life in Carrizo." This is definitely good news, as this was one of the main issues with AMD APUs in the notebook space.

Lisa also said that AMD expects Carrizo to be beneficial for embedded and other businesses as well. If only it could have come a bit earlier, so let's hope AMD can get enough significant design wins with Carrizo. AMD has a lot of work to do in order to get its products faster to market, to catch up with Intel on power and performance or simply to come up with innovative devices that will define its future. This is what we think Lisa is there for but in chip design, it simply takes time.