The most expensive 128GB version sells for $839 and costs $358 to make, which means that Apple fans are paying a huge premium for the Apple logo on the back.

Flash is not as expensive as it used to be and an LTE modem cannot account for $129 price difference for the same storage sized modem. Adding LTE makes a lot of profit for Apple and users don’t mind paying over the odds for this neat feature.

IHS claims that Apple pays about 9.20 for 16GB of memory while in the high end 128GB iPad it pays $60 for the flash and sells it for $300 more. Now you can praise Apple for its business sense, or say it is extortion of the company’s mentally ill, technologically illiterate customers who don’t know any better – your call.

This is just a dollar more than last year´s Apple iPad Air. The cost increase of one dollar doesn’t seem like a lot but this might drive the profit margins into the 45 percent to 57 percent range compared to original iPad Air 45 percent to 61 percent.

iPad Air 2 isn't really a breakthrough product, it gets the touch ID and better manufactured screen, with the last year's resolution. It does have a faster CPU / GPU abut that is only just worth mentioning.

The two cameras used on Apple iPad Air 2 cost $11 which is slightly more than Apple iPad Air. Rassweiler in his HSI report claims that the new display with Anti-reflective coating costs $77 and accounts for 28 percent of component cost.

iPad Air used to have a $90 priced screen and the only difference between the two generations is an anti-reflective coating while the size and resolution stays the same. Displays are manufactured by both LG and Samsung while the same report claims that A8X chip is made in both Taiwan Semiconductor Manufacturing Corporation and Samsung while TSMC gets the larger cut.

The only official figure Apple is telling to media is that the total gross margin across all its products is 38 percent but Apple makes most of its money from iPads and iPhones these days and the company doesn’t believe in products where it cannot make a lot of money.

Just remember the iPhone 5C failure no one even mentions anymore. 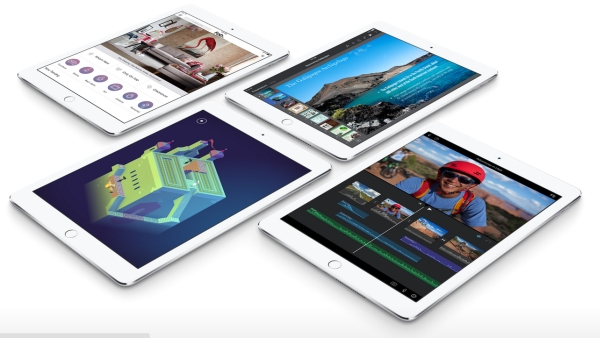