7- and 8.9-inchers with impressive specs

Amazon has announced three new Kindle Fire tablets and two of them stand out as some of the most powerful Android devices out there.

Moving on to the really new stuff, the Kindle Fire HDX 7 sports a 7-inch 1920x1200 display with 332ppi. The brains behind the operation come from Qualcomm, in the form of the Snapdragon 800 SoC with Adreno 330 graphics. The CPU is clocked at 2.2GHz, while the GPU can hit 450MHz. It has 2GB of RAM. Unlike the old HD 7, it has GPS and a compass, along with a front facing camera – but no rear camera. 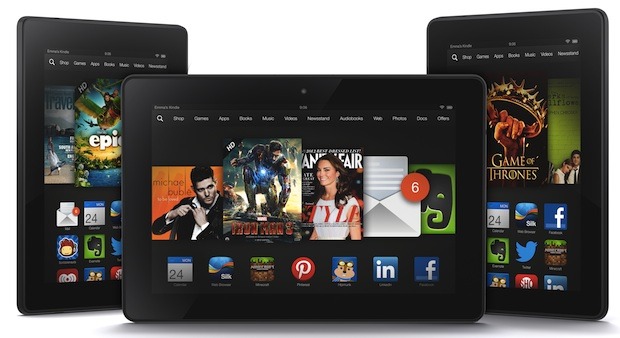