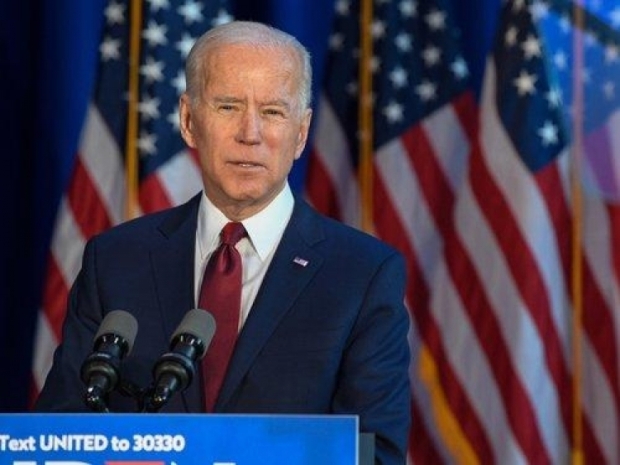 Keeps most of his organs running

The Biden administration plans to begin a $3.1 billion effort on Monday to spur the domestic production of advanced batteries, which are essential to its plan to speed the adoption of electric vehicles and renewable energy.

Biden has prodded automakers to churn out electric vehicles and utilities to switch to solar, wind and other clean energy, saying the transitions are critical to eliminating the pollution that is dangerously heating the planet.

In the wake of surging energy prices caused largely by Russia's invasion of Ukraine, administration officials also have described the transition to clean energy as a way to insulate consumers from the fluctuation of global oil markets and achieve true energy independence.

Jennifer Granholm, the energy secretary, last week called renewable energy "the greatest peace plan this world will ever know." Yet currently, lithium, cobalt and other minerals needed for electric car batteries and energy storage are processed primarily in Asia. China alone controls nearly 80 per cent of the world's processing and refining of those critical minerals.

The $3.1 billion in grants, along with a separate $60 million program for battery recycling, is an effort to "reduce our reliance on competing nations like China that have an advantage over the global supply chain," according to a Department of Energy statement.

The funding is aimed at companies that can create new, retrofitted or expanded processing facilities as well as battery recycling programmes, officials with the Department of Energy said. The grants will be funded through the $1 trillion infrastructure law, which includes more than $7 billion to improve the domestic battery supply chain.

Venkat Srinivasan, director of the Argonne Collaborative Centre for Energy Storage Science at Argonne National Laboratory, told the panel that the United States "can become a dominant force in energy storage technology" and has a "once-in-a-lifetime opportunity to seize the moment."

Between electric vehicles and grid storage, the market for lithium-ion batteries in the United States is expected to increase by a factor of 20 to 30 in the next decade but a secure domestic supply chain is needed, Dr. Srinivasan said.

The Biden administration wants half of all new vehicles sold in the United States to be electric by 2030. The president also has issued procurement guidelines to transform the 600,000-vehicle federal fleet, so that all new cars and trucks purchased by the federal government by 2035 are zero-emission.