“Pro” no longer has any meaning in Apple land 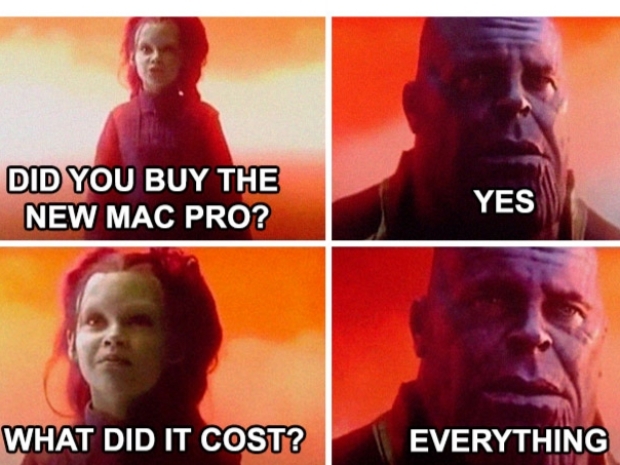 Fruit and Nutty Cargo cult Apple’s footloose and fancy free use of the world “pro” to describe some of its products means that the term is largely meaningless.

For years Apple has been slapping the name onto wireless earbuds and phones making it harder to understand what it means.

Take for example the MacBook Pro. For years it has been targeted at “creative professionals” or at least those with tons of cash who pretended to be creative. Now, it the latest batch of launches Jobs Mon started to say that its Mac "Studio and Studio Display were for musicians, 3D artists, and developers in its presentation. You know, creative professionals.

The Tame Apple Press has tried to write off this confused branding by saying Pro used to be exclusive, but now “everyone is being creative.” Yeah, right.

Others are saying that the term “pro” is getting long in the tooth. Who cares if someone is doing something professionally. When you say a product is "professional," it evokes ideas like job interviews, and portfolios. In other words just for those who use creativity to get money.

Although that does not explain why Apple is keeping the term.

Last modified on 15 March 2022
Rate this item
(2 votes)
Tagged under
More in this category: « Older Rambus crypto keys were broken by 379 year-old maths Foxconn mulls setting up shop in Saudi Arabia »
back to top