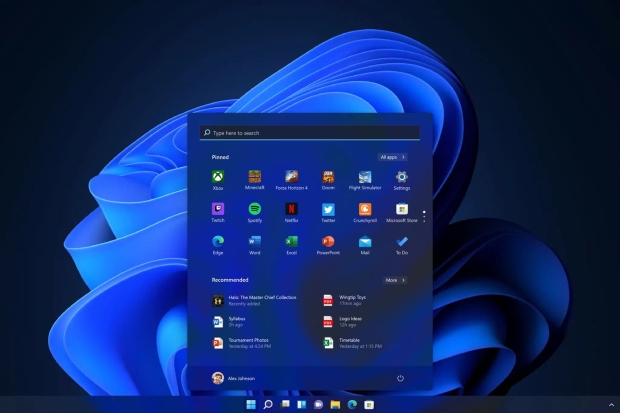 Software King of the World, Microsoft has started testing a huge collection of new features, UI changes, and redesigned apps in the latest Windows Insider preview for Dev channel users.

There's an overhauled Task Manager, folders for pinned apps in the Start menu, the renewed ability to drag items into the Taskbar (as you could in Windows 10), improvements to the Do Not Disturb and Focus modes, new touchscreen gestures, and an extensive list of other fixes and enhancements.

However one thing that is likely to annoy people is the Pro version will now require an Internet connection and a Microsoft account during setup. While the Home Version has had this feature, Vole has not been so keen to inflict it on business users.

While most devices do require a sign-in to fully enable app stores, cloud storage, and cross-device sharing and syncing, Windows 11 will soon stand alone as the only major consumer OS that requires account sign-in to enable even basic functionality.

Last modified on 19 February 2022
Rate this item
(1 Vote)
Tagged under
More in this category: « Intel expects to see profits fall this year Russians have been taking out US defense contractors »
back to top