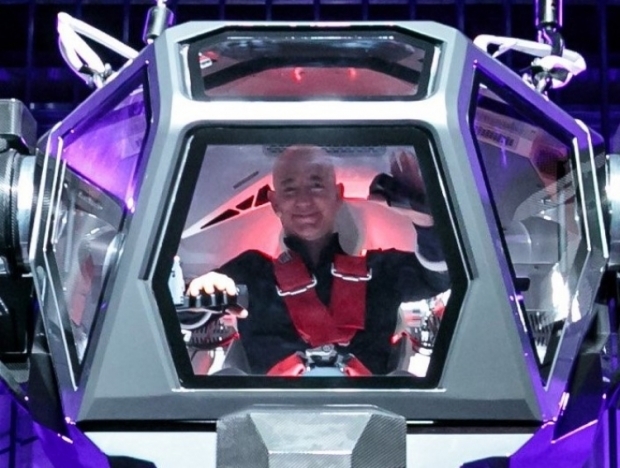 Italy's antitrust watchdog has fined Amazon 1.13 billion euro ($1.28 billion) for alleged abuse of market dominance, in one of the biggest penalties imposed on a US tech giant in Europe.

Amazon said it "strongly disagreed" with the Italian regulator's decision and would appeal and given the state of Italy’s judicial system it will be years before it is sorted out.

Italy's watchdog said in a statement that Amazon had leveraged its dominant position in the Italian market for intermediation services on marketplaces to favour the adoption of its own logistics service - Fulfilment by Amazon (FBA) - by sellers active on Amazon.it.

The authority said Amazon tied to the use of FBA access to a set of exclusive benefits, including the Prime label, that help increase visibility and boost sales on Amazon.it.

"Amazon prevents third-party sellers from associating the Prime label with offers not managed with FBA", it said.

The Prime label makes it easier to sell to the more than seven million most loyal and high-spending consumers members of Amazon’s loyalty program.

The antitrust authority also said it would impose corrective steps that will be subject to review by a monitoring trustee.

Amazon said FBA "is a completely optional service" and that most third-party sellers on Amazon do not use it.

"When sellers choose FBA, they do so because it is efficient, convenient and competitive in terms of price. The proposed fine and remedies are unjustified and disproportionate", it added.

The EU Commission said it had cooperated closely with the Italian competition authority on the case, within the framework of the European Competition Network, to ensure consistency with its two own ongoing investigations into Amazon's business practices.

"This investigation complements today’s decision of the Italian competition authority which addresses Amazon’s conduct in the Italian logistics markets", the Commission said on Thursday.

Last modified on 09 December 2021
Rate this item
(3 votes)
Tagged under
More in this category: « Apple backs down on targeted adverts Boss admits Zoom firings were poorly handled »
back to top