Chinese work out how to make electronics break down 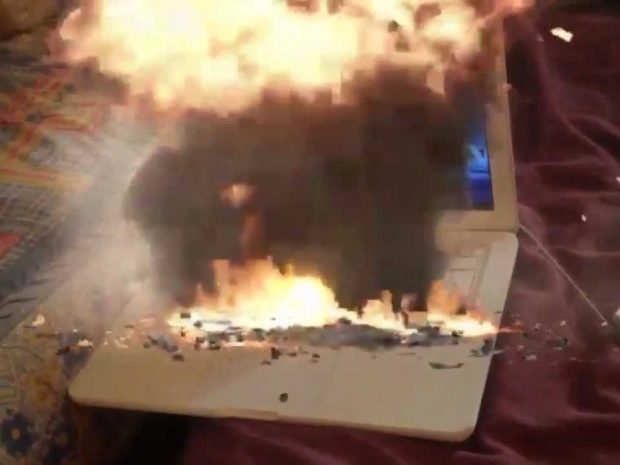 Chinese boffins have worked out a way of making plastics involved in electronics break down if they are exposed to sunlight or oxygen.

Researchers in China have now demonstrated a new example of this that degrades in just a week when exposed to sunlight and oxygen, which they believe could make for electronics that are easier to dispose of at the end of their lives.

The new material came about when study author Liang Luo from China's Huazhong University of Science and Technology was working on an advanced type of chemical sensor, as reported by PNAS.

The materials scientist was developing a novel polymer film that changed colour in response to pH levels. This process was driven by the material's unique molecular structure, with the chains of monomers giving the film its deep red, and taking it away when these bonds were broken.

Through his team's experiments, Luo found that the deep red of the film quickly faded away and the material broke apart after several days in the sunlight. Breaking apart these bonds is a common objective in research efforts to better recycle plastics, and in doing so Luo may have inadvertently conjured up a promising, environmentally friendly version of the material.

The molecular makeup of the plastic means it wouldn't be suited for use in water bottles or shopping bags, as it is only stable as a functional material in the dark and without oxygen. But exposed to sunlight and air, it disintegrates rapidly and completely decomposes within a week, leaving no environmentally damaging microplastic fragments behind.

A byproduct of the process is naturally occurring succinic acid, however, which could potentially be upcycled for commercial use in pharmaceuticals or food.