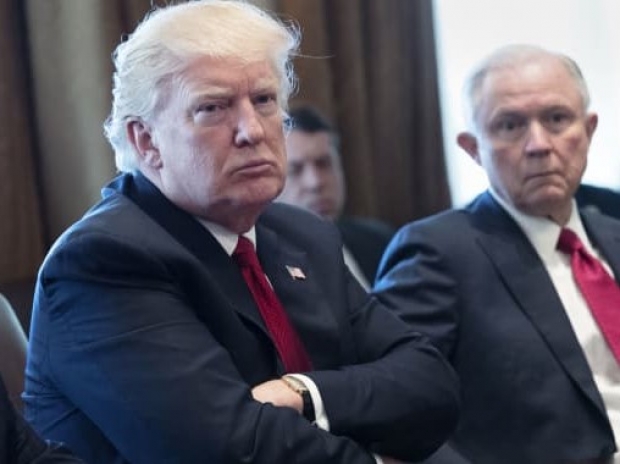 Thou shalt not mock the elite

Donald Trump's administration used the Justice Department to silence a twitter blogger who was mocking one of his chums and then used a legal gag to stop people talking about it.

The Justice Department under President Trump secretly obtained a grand-jury subpoena last year in an attempt to identify the person behind a Twitter account dedicated to mocking Representative Devin Nunes of California, according to a newly unsealed court document.

It should have gone without a hitch but Twitter fought the subpoena, as well as an associated gag order barring the company from talking about it publicly.

Twitter executives raised scepticism about whether the Justice Department might be abusing federal criminal law-enforcement power to retaliate against a critic of Nunes, a Republican who is a close ally of Trump, in violation of the First Amendment.

Ultimately, according to a person familiar with the matter, the Justice Department withdrew the subpoena this spring, after President Biden took office.

The Justice Department sent the company a demand on 24 November to provide identifying information about the user @NunesAlt. Twitter appears to have immediately been suspicious about the legitimacy of the request.

The user of that account, the filing said, "appears to be engaged in clear First Amendment activity, discussing stances on current events, government policies and one elected official in particular -- Congressman Nunes".

The filing provided examples of some of the account's tweets, such as a photograph of Nunes with text superimposed over his face: "Believe in conspiracy theories. Even if there is no evidence."

Ironically, he was right - the whole thing was a conspiracy to silence one of Trump’s critics.

Last modified on 19 May 2021
Rate this item
(2 votes)
Tagged under
More in this category: « Apple prepares to launch new laptops and desktops Android is on 3 billion devices »
back to top