Boffins come up with better connections 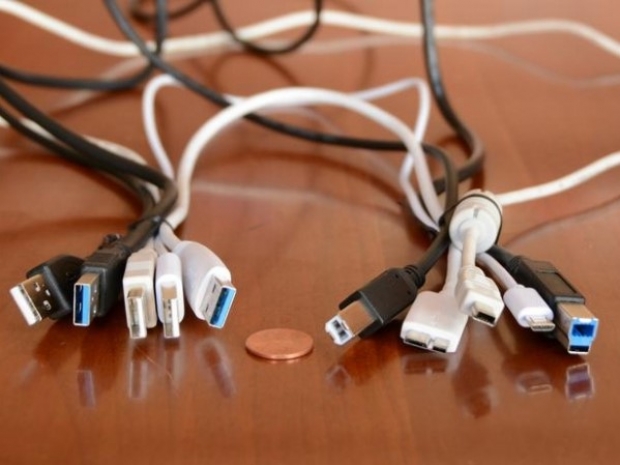 Faster than USB or Thunderbolt

Boffins have emerged from their smoke-filled labs with a cabling system that could provide data transfer speeds multiple times faster than existing USB connections using an extremely thin polymer cable.

The system is similar to Thunderbolt and was shown off at the February IEEE International Solid-State Circuits Conference.

The boffins have been working on replacing copper wiring with something a little sexier.

MIT alumni and lead author Jack Holloway said that copper is typically used for wires like USB and HDMI to handle data transfers, but it requires a lot of power to work for high data transmission levels.

There's a fundamental trade off between the amount of energy burned and the rate of information exchange, and while you could replace it with fibre optic cables, that introduces other issues. Silicon chips don't play nice with photons, making the interconnection between the cable and the computers more challenging to optimise.

A plastic polymer creates the best of both worlds. This makes it cheaper to manufacture than copper wires, which could be an attractive proposition for cable producers.

The polymer can also use sub-terahertz electromagnetic signals, which is more energy efficient than copper at high data loads. It is believed this efficiency brings it close to that of fibre optic systems, but crucially with better compatibility with silicon chips.

Low-cost chips are paired with the polymer conduit to generate the high-frequency signals powerful enough to transmit into the conduit directly. As such, the system is expected to be manufactured with standard methods, making it cost-effective to produce.

The cables themselves can also be extremely thin, with the interconnect's cross-sectional area measuring 0.4 millimetres by a quarter millimetre, smaller than typical copper variants. That small hair-like cable can be used to transport data over three parallel channels, enabling it to achieve a total bandwidth of 105 gigabits per second.

Together, bundling conduits could bring the cables into the terabit-per-second range while remaining at a reasonable cost.