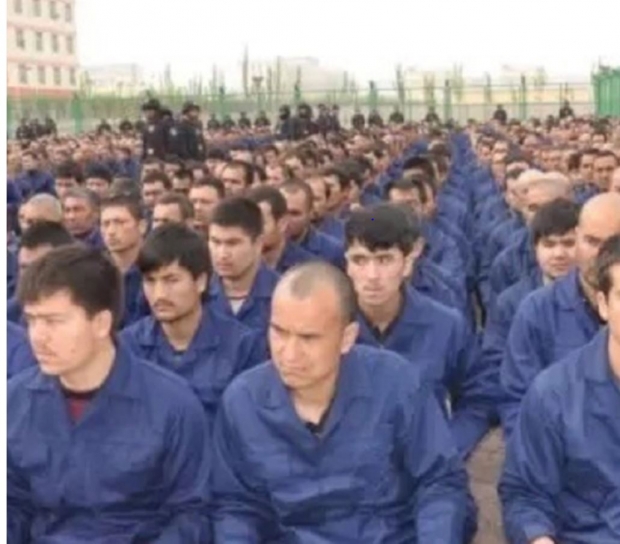 The Tech Transparency Project  revealed the papers to the Washington Post detailed how thousands of Uighur workers from the predominantly Muslim region of Xinjiang were sent to work for Lens Technology. Lens supplies Amazon and Tesla, according to its annual report.

Lens Technology is one of at least five companies connected to Apple’s supply chain that have now been linked to alleged forced labour from the Xinjiang region, . Lens Technology stands out from other Apple component suppliers because of its high-profile founder and long, well-documented history going back to the early days of the iPhone.

Katie Paul, director of the Tech Transparency Project said that “research shows that Apple’s use of forced labour in its supply chain goes far beyond what the company has acknowledged."

“Apple has zero tolerance for forced labour, Looking for the presence of forced labour is part of every supplier assessment we conduct, including surprise audits. These protections apply across the supply chain, regardless of a person’s job or location. Any violation of our policies has immediate consequences, including possible business termination. As always, our focus is on making sure everyone is treated with dignity and respect, and we will continue doing all we can to protect workers in our supply chain”, Rosenstock said.

In response to faxed questions from The Post, the Foreign Ministry in Beijing called forced labor in China “nonexistent” and accused people with “ulterior motives” of fabricating it. It said a number of companies had hired auditors to conduct investigations, which “confirmed the nonexistence of ‘forced labour.’ ” It did not name the companies.

China’s government has placed more than a million Muslims in concentration camps or forced them to work in factories making everything from cotton to soft drinks to electronics.

Uighur workers transferred from Xinjiang to other regions of China are often, if not always, forced or coerced, according to human rights groups and academics who have conducted interviews with people who have escaped the system. The Chinese government does not permit human rights groups to enter the country to interview labourers or observe conditions. The documents unearthed by Tech Transparency Project don’t detail the working conditions in Lens Tech factories.

That report detailed labor transfers to factories owned by O-Film, Hubei Yihong Precision Manufacturing and Highbroad Advanced Material, all manufacturers with ties to Apple’s supply chain. O-Film appears on Apple’s supplier list. Hubei is a subsidiary of Dongguan Yidong Electronic, which listed Apple as a customer on its website.