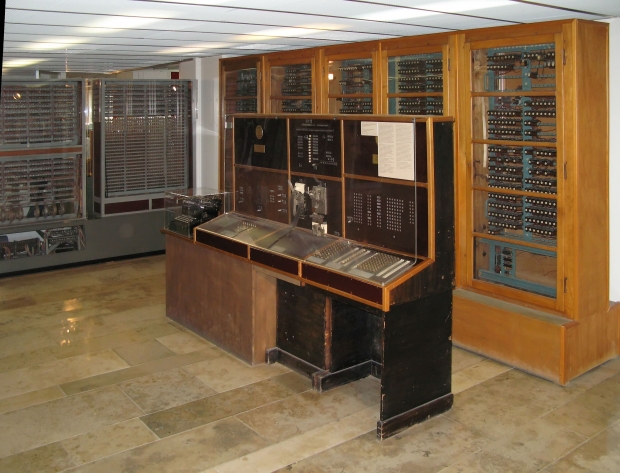 Not sure if anyone ever read it before

Boffins will be able to gain a deeper understanding of what's considered the world's oldest surviving (digital) computer after its long-lost user manual was unearthed.

According to Engadget, the Z4, which was built in 1945, runs on tape, takes up most of a room and needs several people to operate it. The machine now takes residence at the Deutsches Museum in Munich, but it hasn't been used in quite some time. It was arguably the world's first commercial digital computer.

The memory consisted of 32-bit rather than 22-bit floating point words. A special unit called the Planfertigungsteil (program construction unit), which punched the program tapes, made programming and correcting programs for the machine much easier by the use of symbolic operations and memory cells. Numbers were entered and output as decimal floating point even though the internal working was in binary. The machine had a large repertoire of instructions including square root, MAX, MIN and sine.

Archivist at ETH Zurich, Evelyn Boesch, discovered the manual among her father's documents in March. Rene Boesch worked with the Swiss Aeronautical Engineering Association, which was based at the university's Institute for Aircraft Statics and Aircraft Construction. The Z4 was housed there in the early 1950s.

Among Boesch's documents were notes on math problems the Z4 solved that were linked to the development of the P-16 jet fighter. "These included calculations on the trajectory of rockets, on aircraft wings, on flutter vibrations [and] on nosedive."

Last modified on 24 September 2020
Rate this item
(5 votes)
Tagged under
More in this category: « Zero day malware use increases China will veto TikTok sale »
back to top