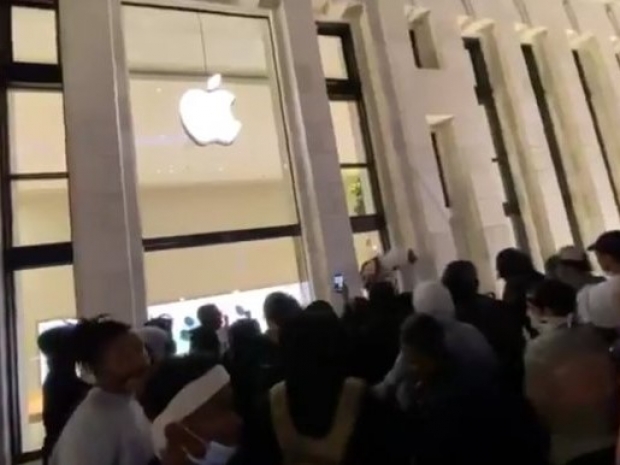 You will be tracked

The fruity cargo cult Apple is incandescent with rage after looters dared to take their overpriced trinkets from Apple stores.

On the face of it, Apple supported demonstrations against the police killing of George Floyd and a US racism. Apple CEO Tim Cook even a message to his employees as those protests escalated, saying that "there is a pain deeply etched in the soul of our nation and in the hearts of millions. To stand together, we must stand up for one another, and recognize the fear, hurt, and outrage rightly provoked by the senseless killing of George Floyd",

Cook went on to say that "at Apple, our mission has and always will be to create technology that empowers people to change the world for the better. We've always drawn strength from our diversity, welcomed people from every walk of life to our stores around the world, and strived to build an Apple that is inclusive of everyone".

However, when he said those things, he was not aware that over priced toys which are symbols of wealth might be attractive to looters.  Apple has unsurprisingly become a favored target of looters.

It has long been known that Apple operates some form of proximity software that disables a device when it is taken illegally from a store. Until now, though, little had been seen of that technology in action. Well, thanks to social media, we can now see the message that greets a looter powering up their new device: "This device has been disabled and is being tracked", it says. "Local authorities will be alerted."

Apple has taken step after step to try to render its devices even more worthless once taken, including the sticky “Find My” functionality that enables users to track down an iPhone. Still looters can get some value out of their looted iPhones... they can use them as missiles.

Last modified on 03 June 2020
Rate this item
(0 votes)
Tagged under
More in this category: « EA postpones Call of Duty Trump and EU at loggerheads on charging US tech companies tax »
back to top