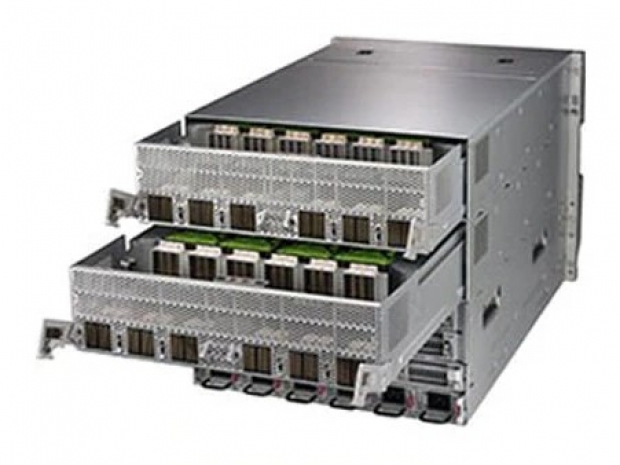 Supermicro has released two new systems designed for artificial intelligence (AI) deep learning applications that leverage the third-generation Nvidia HGX technology with the new Nvidia A100 Tensor Core GPUs support for the new NVIDIA A100 GPUs across the company’s broad portfolio of 1U, 2U, 4U and 10U GPU servers.

“As GPU accelerated computing evolves and continues to transform data centers, Supermicro will provide customers the very latest system advancements to help them achieve maximum acceleration at every scale while optimising GPU use. These new systems will significantly boost performance on all accelerated workloads for HPC, data analytics, deep learning training and deep learning inference.”

Nvidia a data centre platform for HPC and AI applications, Supermicro’s 2U system uses the Nvidia HGX A100 4 GPU board with four direct-attached Nvidia A100 Tensor Core GPUs using PCI-E 4.0 for maximum performance and NVIDIA NVLink for high-speed GPU-to-GPU interconnects. This GPU system, it claims, accelerates compute, networking and storage performance with support for one PCI-E 4.0 x8 and up to four PCI-E 4.0 x16 expansion slots for GPUDirect RDMA high-speed network cards and storage such as InfiniBand HDR, which supports up to 200Gb per second bandwidth.

Nvidia's general manager and VP of accelerated computing Ian Buck said: “AI models are exploding in complexity as they take on next-level challenges such as accurate conversational AI, deep recommender systems and personalised medicine. By implementing the Nvidia HGX A100 platform into their new servers, Supermicro provides customers the powerful performance and massive scalability that enable researchers to train the most complex AI networks at unprecedented speed.”

Supermicro’s 4U system supports eight A100 Tensor Core GPUs. The 4U form factor with eight GPUs is ideal for customers that want to scale their deployment as their processing requirements expand. The new 4U system will have one NVIDIA HGX A100 8 GPU board with eight A100 GPUs all-to-all connected with Nvidia NVSwitch for up to 600GB per second GPU-to-GPU bandwidth and eight expansion slots for GPUDirect RDMA high-speed network cards. The outfit claims that this is ideal for deep learning training, data centers can use this scale-up platform to create next-gen AI and maximize data scientists’ productivity with support for ten x16 expansion slots.

"Customers can expect a significant performance boost across Supermicro’s extensive portfolio of 1U, 2U, 4U and 10U multi-GPU servers when they are equipped with the new Nvidia A100 GPUs. For maximum acceleration, Supermicro’s new A+ GPU system supports up to eight full-height double-wide (or single-wide) GPUs via direct-attach PCI-E 4.0 x16 CPU-to-GPU lanes without any PCI-E switch for the lowest latency and highest bandwidth. The system also supports up to three additional high-performance PCI-E 4.0 expansion slots for a variety of uses, including high-performance networking connectivity up to 100G. An additional AIOM slot supports a Supermicro AIOM card or an OCP 3.0 mezzanine card", the company claims.

Last modified on 14 May 2020
Rate this item
(0 votes)
Tagged under
More in this category: « COVID-19 contact tracing apps should be voluntary says EU Musk proves rich Americans are above the law »
back to top