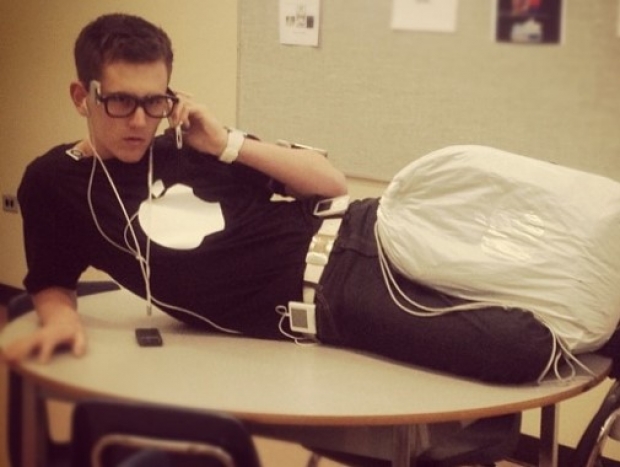 Will no one think of the poor Apple fanboys?

Fruity cargo cult Apple has decided to fight  EU lawmakers' call for a common charger,  not because it will stop it making huge amounts of money from fiddling with plugs to force an upgrade, but because poor Apple fanboys will suffer.

According to Apple the move will hamper innovation, create a mountain of electronic waste and irk consumers.

Apple's comments came a week after lawmakers at the European Parliament called for a common charger for all mobile phones and amended a draft law to say the ability to work with common chargers would be an essential requirement for radio equipment in the bloc.

However, Apple, more than any other company, will suffer because its iPhones and most of its products are powered by its Lightning cable rather than USB-C.  Apple hates USB-C because it has no control over the standard and Jobs’ Mob is big on control.

A spokesApple said:  "We believe regulation that forces conformity across the type of connector built into all smartphones stifles innovation rather than encouraging it, and would harm consumers in Europe and the economy as a whole.”

To be fair, we really do think Apple believes that, however, there is no reason to think it is true. In fact, Apple itself its believed to be thinking of moving to wireless charging which no doubt will be touted as innovative.

Last modified on 24 January 2020
Rate this item
(1 Vote)
Tagged under
More in this category: « Trend Micro set up a fake IT factory Intel boss is "a maniac" over shortages »
back to top