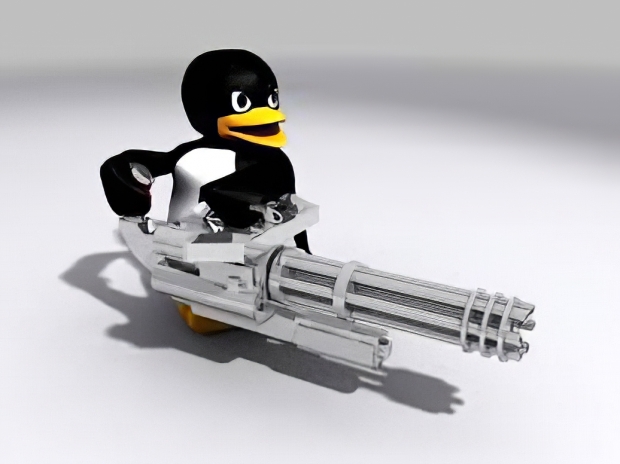 The US government is increasingly using open-source software as a way to roll out advanced, highly secure technology in an economical manner.  So chances are if you get hit by US munitions chances are the software is open source – which should make you feel better.

On August 8, 2016, the White House CIO released a Federal Source Code Policy that calls for new software to be built, shared, and adapted using open-source methods to capitalize on code that is "secure, reliable, and effective in furthering our national objectives."

The United States Department of Defense recognises the key benefits associated with open-source development and trusts Linux as its operating system.

In fact, the US Army is the single largest installed base for Red Hat Linux and the U.S. Navy nuclear submarine fleet runs on Linux, including their sonar systems. Moreover, the Department of Defense just recently enlisted Red Hat the world's largest provider of open-source solutions, to help improve squadron operations and flight training.

Linux has now already been certified to meet the three different security certifications required by the United States Department of Defense.

Last modified on 23 December 2019
Rate this item
(5 votes)
More in this category: « Peddle logs off Big Blue comes up with batteries from the sea »
back to top