Tesla solar cells are being exported 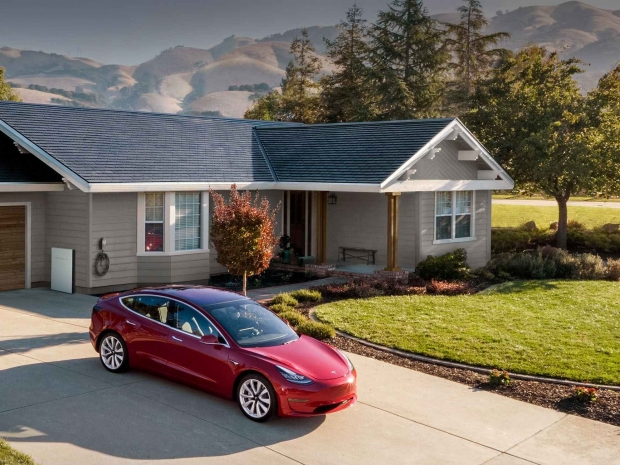 The US is not the best place to sell them

The “great majority” of solar cells being produced at the Tesla factory in upstate New York are being sold overseas.

When the plant launched, Tesla wanted to create a “solar roof” over the US, which would limit its dependence on polluting power plants.

However, Tesla has only sporadically sold solar cells produced by its partner in the factory, Panasonic. The rest are going mainly to foreign buyers.

When the two firms announced the partnership in 2016, the companies said they would collaborate on cell and module production and Tesla would make a long-term commitment to buy the cells from Panasonic.

Tesla planned to use them in its Solar Roof, a system meant to look like regular roof tiles. Tesla Chief Executive Elon Musk billed the product as a cornerstone of the strategy behind the acquisition - selling a low-carbon lifestyle to eco-conscious consumers who could use the power from their Solar Roof to charge their Tesla electric vehicle.

But the company has installed them on just a handful of rooftops nationwide so far after production line troubles and a gutting of Tesla’s solar sales team.

Tesla said in an email to Reuters that the number of solar roofs is unrepresentative as it was actively installing the Solar Roof in eight states currently.

However, the viability of cash-strapped Tesla’s solar business is being called into question.

Panasonic said the company was using its Buffalo operations to fulfil the demand for US-made solar cells from foreign buyers.

Panasonic had said in a filing with the US Department of Commerce in October 2018 that foreign demand for US-made solar cells had sprung up after the Trump Administration imposed tariffs on overseas-made panels in 2018.

Panasonic also produces traditional solar panels at the Buffalo plant for Tesla but has been selling many of them to other buyers since at least last year due to low demand from the California car company.

Tesla last month reported a 36 percent slide in its overall solar sales in the first quarter, adding to previous big drops since the SolarCity acquisition.

Panasonic’s move to diversify its solar customers is the latest sign of the company falling out of step with its longtime partner.

Last modified on 16 May 2019
Rate this item
(0 votes)
Tagged under
More in this category: « US House of Representatives wants more control on hacking tools IT problems cost Brits £3.4 billion in lost productivity »
back to top