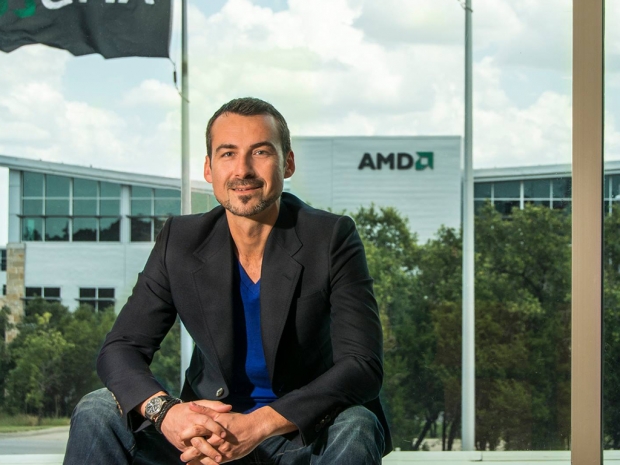 Another veteran of the ATI/AMD force

You have already read here that ATI/AMD's veteran Chris Hook left AMD after 17 years, and we now know that Sasa Marinkovic, another ATI/AMD veteran will be taking over his reins as director of product marketing.

Chris Hook did a lot for AMD marketing and was quite important but that's now water under the bridge and AMD already had an official statement ready that Sasa Marinkovic will be taking over.

While he has some quite big shoes to fill - and by the way we never examined Hook's feet that closely -  Sasa Marinkovic is truly a veteran and has been at ATI/AMD even longer - since 1996 - when he worked as a Senior ASIC Project Manager. He was also behind ATI's PowerXpress - now AMD Enduro - and led the worldwide marketing of GPUs for AMD's fourth generation of graphics processors. That's the AMD HD 4000 series for those who came late to the party.

During the next few years, he was also responsible for marketing AMD GPUs in the EMEA region, led product marketing of AMD's desktop CPUs and APUs, was behind AMD's push in Heterogeneous System Architecture (HSA), and for a short time was even responsible for AMD's Gaming and Accelerated Apps portfolio (Gaming Evolved).

One of the key guys behind AMD's graphics drivers overhaul

Back in 2014, Sasa Marinkovic switched to become head of VR and Software Marketing which later, in 2015, became part of the Radeon Technologies Group, led by another now ex AMD chap, Raja Koduri.

Sasa was one of the key people, along with some other big names in the software part of AMD - like Terry Makedon - who pretty much overhauled the entire AMD graphics driver software. It all started back with the big Catalyst Omega update, over to Radeon Software Crimson, Crimson ReLive, to the latest, and we must say most impressive update, Radeon Software Adrenalin Edition.

Since last year, Sasa Marinkovic was Director of Software Marketing at AMD and he will now take over as Director of Product Marketing. We wish him all the best, and you can check out AMD's official statement below.

"Sasa Marinkovic Director, Radeon Software Marketing will be taking leadership of AMD Product and Content Marketing. Over his twenty years career at AMD, Sasa has successfully launched several generations of disruptive AMD products and will be responsible for the introduction of the next generation of AMD’s Ryzen and Radeon products. In addition, Chris Hook has left AMD to pursue other opportunities. We thank Chris for his many contributions and wish him well in the next stage of his career."