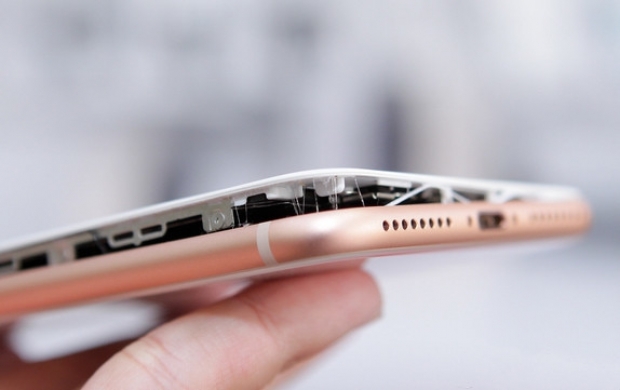 Just plug it in and watch the fireworks

Those super, cool, innovative design people at Apple have slipped in an easter egg function with the new iPhone 8 Plus so that it detonates when you try to recharge it.

The Tame Apple Press has moved to say that the new function is cool on so many different levels. Firstly it means that your phone never has to be charged ever again, secondly you get to see a pretty shower of sparks and thirdly you can go through the wonderful experience of buying and opening a new iPhone all over again.

According to a news report from Taiwan, a woman surnamed Wu purchased the Apple iPhone 8 Plus and it lasted only a few days before it exploded while charging. The battery destroyed the shell and pushed out the screen.

Apple is already taking a closer look at the phone to find out what happened. What makes this more interesting is that the battery maker is the same as the one that provided batteries for Samsung Galaxy Note 7. Since the maker was unable to guarantee the safety of the cells in a way that satisfied Samsung, ATL was dropped as a supplier.

But it is not the only one to suffer from an exploding battery. Apple is also having to investigate another one. It looks like Apple’s tendency to copy Samsung might have got out of hand again.  Still the pictures don't show much sign of fire, it looks like Apple could not copy that feature and ended up with a flaccid pop instead.  We expect it will insist that it is the first to have exploding phones and will soon have a patent on it.

Last modified on 02 October 2017
Rate this item
(0 votes)
Tagged under
More in this category: « Ellison swings handbag at Amazon and humans Boffins confirm we are not living in computer simulation »
back to top