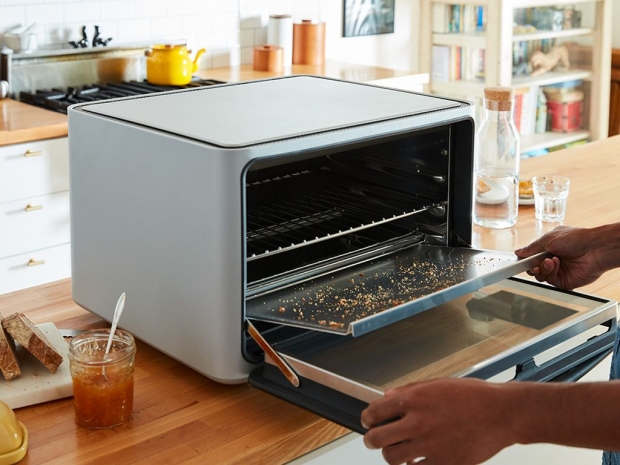 For those of you who have been waiting to bring an NVIDIA-powered product into yet another room in your house, today is the day  Amazon has Tegra K1-powered smart oven on sale.

The June oven, a NVIDIA Tegra K1 powered, kitchen appliance is on sale today for PRIME Day at Amazon for $999.

The June oven has a sleek industrial design that features a full-width oven window with an integrated touchscreen to maximize internal cooking space. The 5-inch display gives you control with its intuitive user interface.  On the inside, however, is where the magic happens. Using dual-surround convection technology and instant-on carbon fiber heating elements, the June Oven allows for perfection in cooking your favorite foods.  Although it is built for the countertop, the oven can fit a whole chicken, up to nine pieces of bread, a quarter-size baking sheet and even a 12-pound turkey.  There is also built-in intelligent support for other foods including steaks and chicken, cookies and cakes, toast and roasts, even lobster.

The oven includes a high-definition camera that is able to identify food.  The intelligence of the device can even “see” if bagel halves are facing up or down to ensure a crunchier top face and softer exterior. A scale built into the top of the oven weighs the food to help determine cooking times.  Also included are probes which allow the device to determine core temperature of whatever is being cooked.