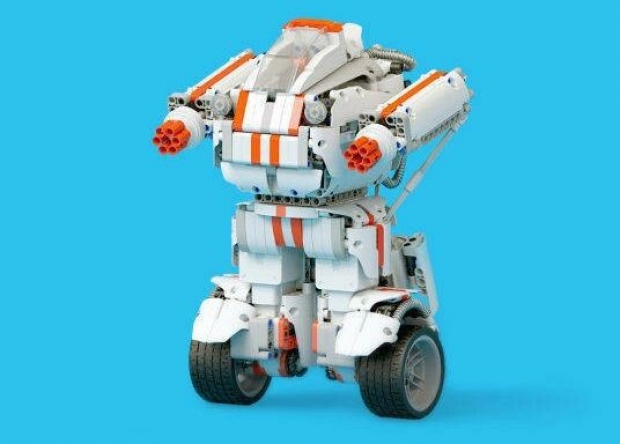 Build it and hunt for Sarah Connor

Xiaomi is producing a plastic toy robot that you can assemble into different forms, and control with an app.

Dubbed the Toy Block, it looks a bit like what we call Lego until the lawyers get on the blower and say we can’t. The kit features wheels, gears and chains, to make the robot come to life, and hassle bikers for clothes.

The robot is powered by an ARM Cortex-M3 chip, and will come with sensors such as a gyroscope and can keep itself upright. It can also hold 3kg while moving forward. An app will allow you to set a sequence of moves for the robot.

Lei Jun, Xiaomi CEO, announced the Toy Block from his Weibo account, adding that it will go on sale for $73 on China's big Singles' Day online sale on 11 November. Although it seems pretty cool to us, the robot is controversial in China. The feeling is that it is too expensive and far too close to that evil western Lego.

However, the price is fairly competitive. Fischer Price's Code-a-Pillar, for example, retails for $49.99 and is a lot more basic. The Dash robot from Wonder Workshop starts at $149.99.

Last modified on 04 November 2016
Rate this item
(1 Vote)
Tagged under
More in this category: « MediaTek expects Q4 revenue to drop 15 percent Samsung flips its lid »
back to top